3 Things To Watch For At New England Patriots Training Camp 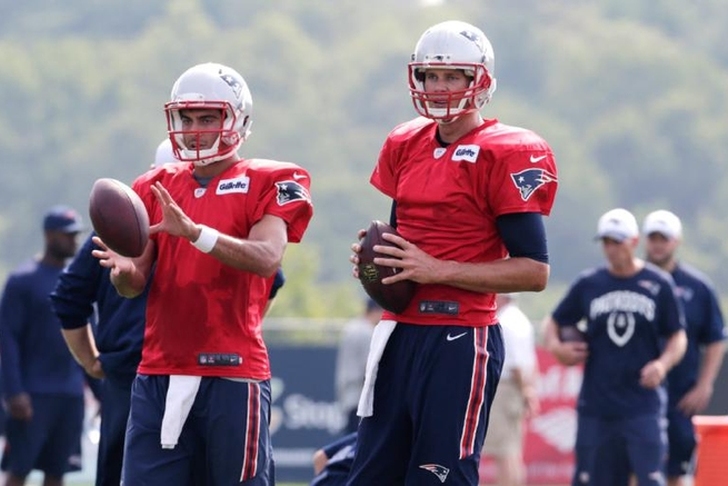 The New England Patriots returned to the mountaintop by winning the Super Bowl last year, but they've had as rough of an offseason as anyone. Now that they've turned the page to this season, they're hoping to start fresh. Here are three things to watch in training camp:

1) How many snaps will Jimmy Garoppolo get?

The second-year man out of Eastern Illinois will (probably) be the Patriots’ opening day starter after Tom Brady was suspended for four games (he’s appealing) for his role in the “Deflategate” scandal. It’s been a very long time since the Patriots had anyone other than Tom Brady under center, but New England will be giving the ball to Garoppolo if Brady serves any of his suspension. It'll be interesting to see how they split snaps between the two with Brady's immediate future undetermined.

2) How will they replace lost key players?

Vince Wilfork is gone. Darrelle Revis is gone. Brandon Browner is gone. Shane Vereen is gone. Yet, New England isn't expected to lose a step because we're so used to Bill Belichick replacing older players before their decline (Wilfork) or who want too much money (Review, Browner, Vereen) with very capable players. This year may be the biggest test of that philosophy with the mass amount of losses, particularly on the defensive side of the ball.

3) Can the new additions produce?

The Patriots got a mixed-bag draft, but Malcom Brown is going to be a massive space-eater and double-team magnet on the defense to replace Vince Wilfork and Tre’ Jackson should have an immediate impact on the offensive line despite being drafted in the 4th round. Add in the free agent signings of tight ends Scott Chandler and Fred Davis with cornerbacks Bradley Fletcher and Robert McClain, and New England did a great job of getting players to fill their needs.