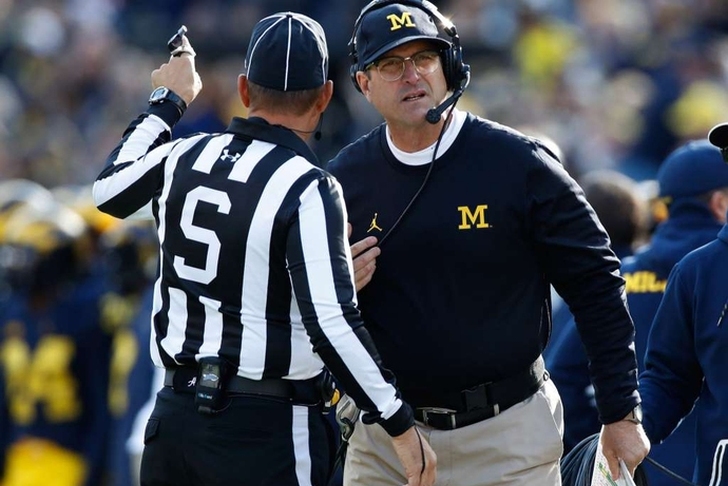 Believe it or not, only four active coaches have won a national title in college football. They are Nick Saban, Urban Meyer, Jimbo Fisher and Dabo Swinney. Bob Stoops was on that list, but he retired in June. Those four can't win every one, so which coach is next in line to win his first national title?

This isn't a list of the best active coaches without a title (because Bill Snyder would be near the top), but rather which coaches are most likely to get a championship. That means an incredible coach like Gary Patterson just misses out, because I have a tough time seeing Patterson and TCU winning a title. They'll continue to be a great program, but I went with a few different risky coaches instead. With that in mind, here ware

10. Lincoln Riley, Oklahoma Sooners
We start with the newest coach in college football and a true wildcard. Riley took over for Bob Stoops in early June and at age 33, he's the youngest coaches in college football. That puts him in the wunderkind category and he's turned down head coaching gigs in the past. But we don't really know how good of a head coach he can actually be. The position is worth of this list - Oklahoma is the top team in the Big 12 and they've competed for titles under Stoops in the past. Riley could very well win a national title, but because of his inexperience and the risky involved, he's at the bottom of the list.

9. Mark Richt, Miami Hurricanes
Richt had chances to win titles at Georgia, but always came up short. He's rebuilding Miami right now, hoping to make them into a national powerhouse once again. The recruiting base is in place for Richt for build that title-caliber of team, but there's a real question over whether Richt is actually able to pull it off. Richt will win games, giving him a good floor. If he recruits well, maybe the Hurricanes can get back to the top of the college world.

8. Kirby Smart, Georgia Bulldogs
Here's Richt's replacement at Georgia. The Bulldogs weren't great last year, but Smart still has a promising future at UGA. He's got a talented young QB in Jacob Eason and has recruited well so far. A national title likely doesn't happen this year, but Smart appears to have his program on the right path. In the lesser East, Georgia looks strong for this year and future years. Plus, Alabama can't dominate forever, right?

7. James Franklin, Penn State Nittany Lions
Franklin had a massive turnaround this year, going from hot seat to Big Ten champs. Franklin has a good program at Penn State and the Nittany Lions are once again among the Big Ten favorites. But Franklin ranks lower because he's in the toughest division in football: the Big Ten East. He has to face (and beat) both Jim Harbaugh's Wovlerines and Urban Meyer's Buckeyes. Franklin could only do one last year and it likely cost PSU a spot in the College Football Playoff. Franklin and PSU can do both, but it will be difficult.

6. Jim McElwain, Florida Gators
McElwain gets the nod over Smart because Florida has been the better program under McElwain. The Gators have won two straight SEC East titles, even though they weren't in National Title contention. UF is still rebuilding a bit after the awful Will Muschamp Era, which is why it's impressive McElwain has those two SEC East titles. Playing in the SEC lowers McElwain's chances, but he's only just outside the Top 5.

5. David Shaw, Stanford Cardinal
Last year was a bad year for Stanford and they still won 10 games. Shaw has won at least 10 games in all but one of his six games, establishing himself as one of the top coaches without a title. USC appears back on the rise (more on them below), but Shaw and Stanford aren't far behind. They've recruited well and have an impressive track record. This is an overlooked program, but a good one.

4. Tom Herman, Texas Longhorns
Herman has shot up the coaching ranks, going from OSU offensive coordinator to Houston head coach and now at Texas. He's also just 42 years old and taking over a program that at least recruited well under Charlie Strong. The problem is, Texas hasn't actually been good for several years. Herman proved he can win the big games at Houston and he appears to be a better fit in Austin than Herman. Herman isn't rated higher because Texas is likely at least a year away from truly contending and Houston had a tendency to lose games they shouldn't have.

3. Clay Helton, USC Trojans
I'm still not totally sure how good of a coach Helton is. He turned things around last year, winning nine straight games after a 1-3 start. I don't think he's among the top 10 active coaches without a title, but his situation is nearly perfect. USC ended last year as one of the hottest teams and bring back a ton of talent. At the top of that talent list is star QB Sam Darnold, a Heisman contender. Helton and USC could win a national title in the next year or two, or they could regress and fall off the map. The former is the more likely outcome, however.

2. Chris Peterson, Washington Huskies
Peterson is one of the best coaches in college football and perhaps one of the more underrated ones. He's won over 80 percent of his games at Boise State and Washington and has now built the Huskies into a College Football Playoff threat. Washington returns plenty of talent and they'll push for another CFP berth this year. Maybe Peterson never wins a title, but he's in good position to keep contending for one right now.

1. Jim Harbaugh, Michigan Wolverines
This is a no-brainer at the top. Harbaugh, despite what Brandon Jacobs claims, is one of the best coaches around. He's at a fantastic program and will continue to recruit well. Everything is in place for Michigan to compete for national championships again, something they weren't that far from doing the past two years. This year should be a bit of a down year (a third place finish in the Big Ten East seems likely), but Michigan will be great in 2018. It'd be a surprise if Harbaugh doesn't win a national title at Michigan.