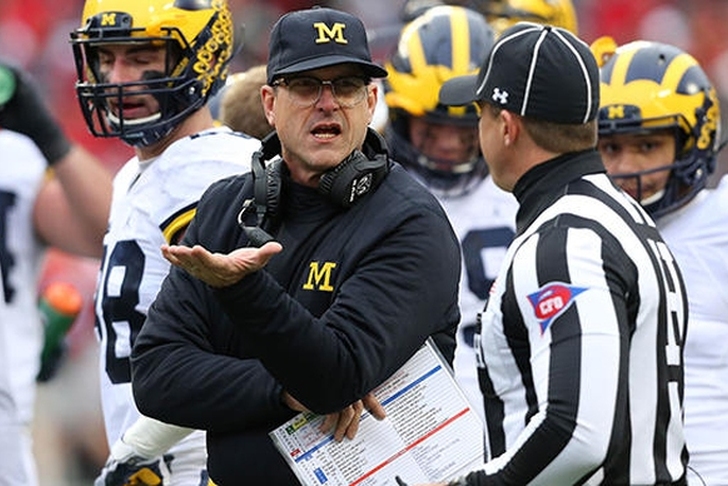 The College Football Playoff hasn't diminished the importance and interest in other bowl games, and there are plenty of non-playoff matchups that fans can't wait to see. Here are the 10 most interesting non-playoff games this year:

WVU has an extremely explosive offense, and despite closing the season with losses to Oklahoma and Oklahoma State, they are still a very talented team. Miami had another ho-hum season, but they certainly have the talent - and the athletes - to make this a game.

This is easily the best bowl matchup between two Group of 5 conference teams. Houston has proven how good they can be, but that they're also prone to an upset - and San Diego State has the talent to pull that upset, led by Doak Walker finalist Donnel Pumphrey.

Tennessee and Nebraska were legitimate playoff contenders early in the season before each struggled mightily down the stretch. They still have talent, making this a high-quality bowl game.

This game may not match the quality of Tennessee and Nebraska, but it will be entertaining. UNC's offense can score with anyone, led by quarterback Mitch Trubisky, who may very well be the first quarterback taken in the draft. This will also be Christian McCaffrey's last game at Stanford.

You may not know a lot about Western Michigan other than they're undefeated and Row The Boat! This will be our chance to see how good they actually are - and if they can finish off an undefeated season or not.

Auburn's defense will give Oklahoma's high-powered offense a very tough test. Auburn should also be able to run effectively against Oklahoma's terrible defense, meaning that this should be a closer game than most people think.

This is easily the best non-New Year's Six bowl game. Lamar Jackson is always must-watch TV, and going up against LSU's defense will be his toughest test of the year. Plus, it's Leonard Fournette's last game at LSU. The game certainly has plenty of star power.

Penn State and USC are arguably the two hottest teams in the country after bad starts, and they'll square off in what should be an epic Rose Bowl. Both teams also have big play offenses, meaning this should be extremely entertaining.

Michigan has looked like one of the best teams in the country all season, and Florida State has as much talent as anyone in the country. It will be an entertaining, high-quality matchup between two of the biggest programs in the sport.