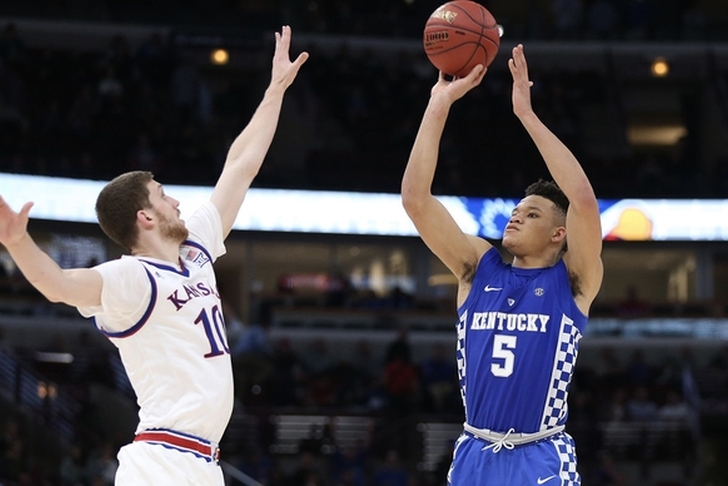 After the craziest opening weekend ever, the NCAA Tournament is down to the Sweet 16 and many of the pre-tournament favorites have already been eliminated. Only two #1 seeds are advancing in Villanova and Kansas after Virginia's historic loss to UMBC and Xavier's defeat at the hands of Florida State.

As such, it's time to take a look at which remaining teams have the highest odds and are considered the favorites to win the national championship, courtesy of Pregame.com's R.J. Bell:

NEXT READ: Preview & Prediction For Every Sweet 16 Game

Unsurprisingly, the two remaining top seeds in Villanova and Kansas have the two best three odds to win the tournament, while the two lowest seeds left - Loyola and Syracuse - have the worst odds.

Kentucky has also emerged as a favorite despite being a five seed largely due to their easy path to the Final Four and the high level they played at during the tournament's first weekend.

Texas A&M has also seen their odds dramatically increase after knocking off UNC in the second round, up from 150/1 prior to the tournament to 33/1.