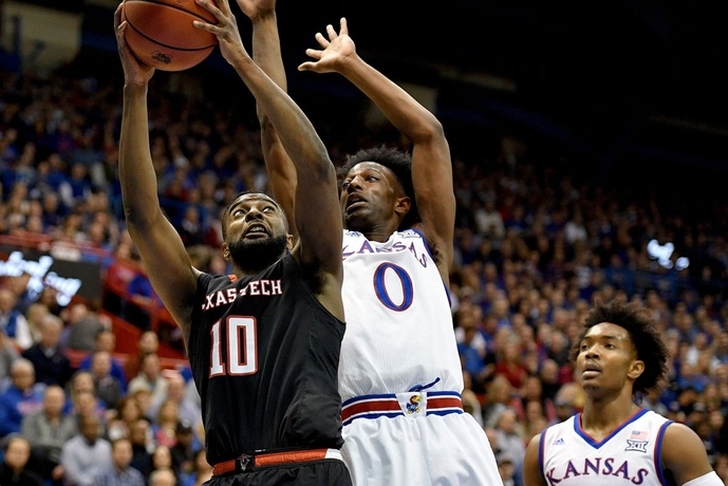 College basketball entered 2018 with no unbeatens as the final three - Villanova, Arizona State, TCU - all lost on Saturday in the first full weekend of conference play. The schedule is now ramping up in the new year, and as such, there are plenty of questions facing a number of teams around the country. We're going to be posting these every Wednesday now throughout the course of the season to try and help answer those questions. Hit me up on Twitter or Facebook if you want to join the conversation! Now, let's get into it:

How do you feel about PAC 12 teams do the stack up this year?

Arizona and Arizona State certainly have the capability to play with anyone as they've shown us this year since Arizona's disaster at the Battle 4 Atlantis. Outside of those two though, there isn't a whole lot going on in the Pac-12. USC has been one of the season's biggest disappointments while both Oregon and UCLA look like non-threatening NCAA Tournament teams. I'd rank them as the fifth-best conference behind the Big 12, Big East, ACC, and SEC.

Those five are also my top five teams in the conference.

Think they can get it done by March?

This question comes after Kansas' loss to Texas Tech last night. You'll hear a lot about how Kansas lacks depth, especially in the frontcourt, and that's true. However, their biggest problem comes in the backcourt and how their "star" guards - Devonte' Graham, Malik Newman, Lagerald Vick, and Svi Mykhailiuk - are all playing well below expectations. Not only that, but no one has stepped up to be a leader.

That was supposed to be the strength of KU's team and something that carried them to their 14th consecutive Big 12 title. Instead, the fact that they're essentially playing like an average group is the biggest thing holding the Jayhawks back.

Will they turn it around by March? I don't know. I find it hard to believe Bill Self won't have them playing top quality basketball by the end of the season - but I don't trust this team right now.

Lonnie Walker makes everything look smooth & easy when he's on, and easy to see his game projecting well as possible (probable?) NBA lotto pick, but struggled to make an impact w/o the ball in his hands at Mia outside of when Brown was out. How you project his & Mia's ACC season?

I don't think Walker is a lottery pick because of the way he's played off the ball and the improved play of guys like Trae Youg and Mikal Bridges, who have pushed their way into the lottery. However, he's definitely a first-round pick and someone will take him in the late teens.

I see his season kind of going as it has, honestly. He'll have some big games where everyone will see why he came in with so much hype, but Miami plays such balanced offense that they're not going to force-feed him - and he hasn't shown to be the type of guy who wants to take over. The Canes are a good team and I think will definitely finish in the top four in the ACC (Miami, Virginia, and UNC are all fighting for second behind Duke).

Do you see anyone on Tennessee’s team this year that could garner some draft interest? Obviously they’re a talented team, but I haven’t heard much on the draft front about them, and as a student I wanna know if we’re looking at any future NBA players. - Zach Stovall (@zstovall54)

I don't see anyone on Tennessee's team being drafted. Their best asset is their depth and versatility, and while Grant Williams is their leading scorer, none of their rotation players are prospects. Some will get training camp invites and things of that nature but I don't see any getting drafted.

Is it reasonable to do player comps for the top prospects? Like best case / worst case - @Ppuro31

It's reasonable in terms of play style and the type of impact a player is projected to have at the NBA level, but it's not reasonable for it to be the expectation. Often times players will outperform their "best case" projections - no one though Jimmy Butler or Isaiah Thomas would turn into the players they did. The same goes for "worst case" projections - no one said Anthony Bennett would be out of the league in a few years or that Hasheem Thabeet would be a D-League guy for most of his career. Like most pre-draft stuff, it's important to remember that it's just a guide.