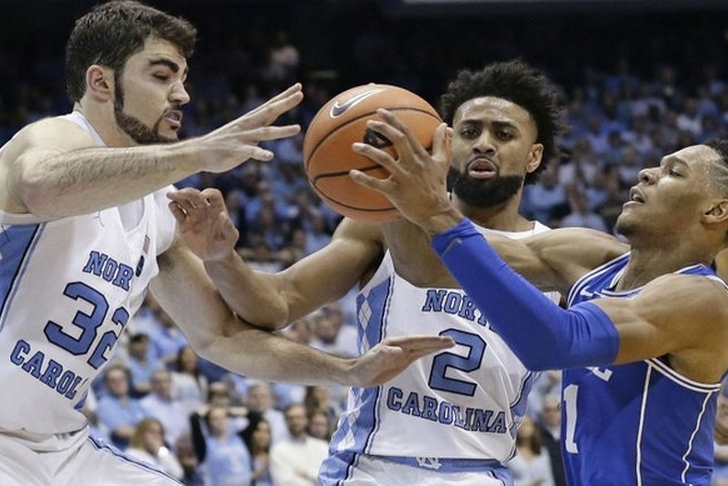 The college basketball season is hitting the home stretch with only a couple of weeks left before conference tournaments, and as such, there are plenty of questions facing a number of teams around the country as the postseason approaches. We're posting these every Wednesday throughout the course of the season to try and help answer those questions. Hit me up on Twitter or Facebook if you want to join the conversation! Now, let's get into it:

After seeing that awful top 16 bracket on cbs Sunday. What would yours be ?

I don't seem to think the Top 16 early reveal was as bad as everyone else does. I had the same top 16 teams in my projections on Sunday, though some of the ordering was a little bit different.

I had Michigan State was a one seed because I thought the committee would reward them for that win over Purdue on Saturday, but it's clear the committee is valuing overall resume over everything else, and MSU only having two Quadrant 1 wins is really hurting them. And, Duke and Kansas, despite the struggles, were always going to be higher than expected seeds because of their overall resume. I also thought Auburn was deserving a two seed, though I was very surprised they got the top overall two seed.

Here were my projections:

Zags were conspicuously absent from NCAA Committee top 16, yet are in top 10 of both AP poll and Kenpom.
Please explain.
Flummoxed.

The Zags were never going to be in the top 16. They only have six top 100 RPI wins, a bad strength of schedule (152), and a really bad loss at San Diego State. I'd slot Gonzaga as a six-seed right now, but they can move up to a five if they win the WCC Tournament.

Where does Notre Dame factor in to the field? Do you think the committee will cut them more slack than others because of the injuries and conference they play in?

I don't see Notre Dame making the field. Yes, the committee will cut them more slack than others - especially if Bonzie Colson makes his way back for the ACC Tournament - but they need to pick up some more wins between now and then for them to even be in the conversation.

They're only 15-11 with six top 100 wins and three bad losses (Ball State, Indiana, George Tech). And, with them losing eight of their last 10 games, it doesn't look promising.

College Hoops Power Rankings: Will The Best Team In The Country Please Stand Up?

Do you think Trae Young will leave OU early? If so, where do you think he will land? #NBADraft

Trae Young will 100 percent leave Oklahoma early because he's going to be a top 10 pick. He won't end up cracking the top six (that's reserved for the likes of Marvin Bagley III, Deandre Ayton, Luka Doncic, Michael Porter Jr., Mo Bamba, and Jaren Jackson Jr.), but he'll likely go in the 7-9 range based on who ends up with those picks. The Philadelphia 76ers or Cleveland Cavaliers make a lot of sense.

Do you think Trevon Duval and Gary Trent Jr will enter the draft? #nbadraft

Duval will, Trent won't. Both could use an extra year of seasoning at the college level, but Duval's athleticism and playmaking ability have him projected to be a first-round pick. He's also one of those guys who expected to be one-and-done. Trent's a really good player and will probably be drafted if he goes pro, but he's looking at second round at best.

I don't see him leaving this season, but how high of a ceiling do you think Luke Maye has as far as draft position and playing at the next level?

Luke Maye is a prime example of someone whose game is perfect for the college level but won't translate to the NBA level. He'll be back for his senior year because of that and because his draft potential isn't very high. Some team (probably the Hornets given the way Michael Jordan loves to take former UNC players) will probably take a flyer on him in the second round given his production, but he simply doesn't have the size or athleticism NBA teams look for.

Do you think Mike Daum with SDSU will go pro or stay for his senior year?

I would say he stays for his senior year unless he leads the Jackrabbits on a tournament run. He has been extremely productive during his three years at South Dakota State but has continued to stay in school. Daum will likely test the draft waters to get feedback for his senior year but will be back.

Edwards is someone I think will stick around in the NBA for a long time because of his toughness and defensive ability (I could see him being a Patrick Beverley-type player), though he's not going to be a first-round pick in this year's draft. He'll end up being a great pick for someone, though, whenever he comes out.

Some NBA Draft sleepers for this year who could eventually serve a good role // make a splash later on with some development?

Edwards would certainly be a sleeper for me, but I'll give you a few more names - UT-Arlington forward Kevin Hervey and West Virginia guard Jevon Carter. Carter is going to be a great 3-&-D guard in the NBA and he could find his way into the first round because of the way his offense has improved this year. Hervey isn't a player many know about due to where he plays, but he's a super athletic and versatile forward at 6-foot-9 and 230 pounds whose an excellent rebounder and reliable three-point shooter. Both guys provide great value in the second round.

1) Jemerrio Jones is 6-5, 200. No way a guy that size can grab 20 rebounds three straight games. Is he an alien?
2) I've been driving the Ja Morant bandwagon all season. Care to join before he he takes over the world next year?