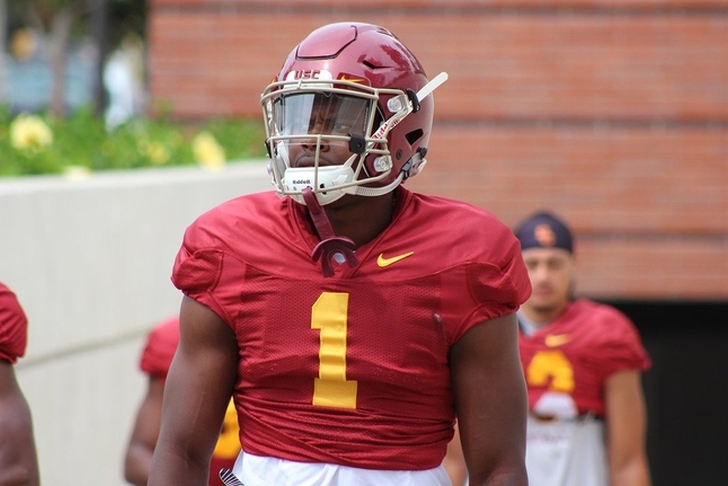 The college football season is in a bit of a slow point after National Signing Day last week, but with spring practices right around the corner, there are plenty of off-field happenings worth monitoring around the country. Here are the latest news & rumors you need to know:

"USC takes all reports of domestic abuse seriously and is cooperating fully with the law enforcement investigation," the school said in an official statement. "While this student code of conduct issue is being investigated, the student has been suspended from all football-related activities. Student disciplinary records and student conduct proceedings are confidential at USC and protected by law."

USCFootball.com reports that Lewis was booked on a felony domestic battery charge.

A LAPD spokesperson stated that Lewis was booked on a 273.5 (a) PC charge, which is defined as "corporal injury on a spouse or cohabitant." A corporal injury is defined as a domestic battery that leaves a "visible" injury on the victim. The charge is listed as a felony on the arrest record and carries up to four years in prison if convicted.

Lewis, who was expected to have a big role in USC's offense in 2018, recorded just four catches for 39 receiving yards last season.

Arkansas State threatening Miami
Arkansas State was scheduled to host Miami last season in a game that was canceled due to Hurricane Irma, and the school is threatening to sue Miami for $650,000 for lost revenue, according to KAIT 8 in Arkansas.

The two sides have been trying to reschedule the game, which Miami says they can't do until the 2024 or 2025 season. However, Brad Phelps, Arkansas State’s general counsel, is arguing that they can play it in either 2020 or 2021.

“It is very unfortunate that we have been unable to resolve this matter, and we remain hopeful this can be worked out without the need for litigation," Phelps said. "Ultimately that will be up to the University of Miami.”

College football attendance has biggest drop since 1984
The NCAA has released their attendance numbers for the 2017 season and those numbers saw a drop of an average of 1,409 fans per game from 2016, marking the lowest drop in a single season since 1984.

2017 also marked the fourth consecutive season in which attendance dropped nationwide and a total of 10.1 percent over the last nine years.