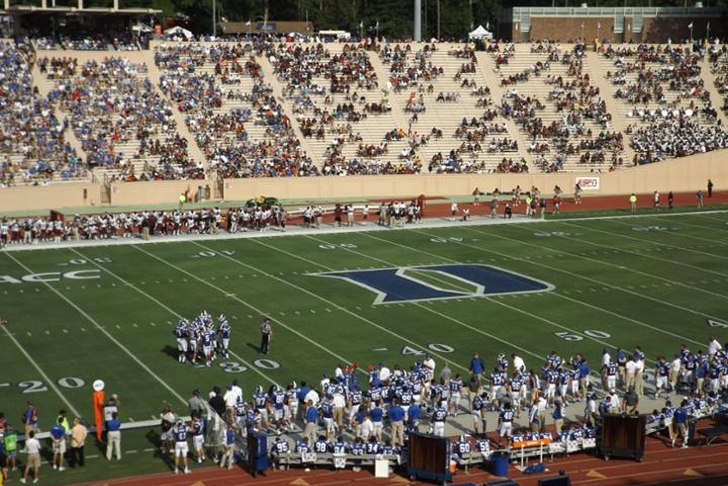 A big reason why college football is so popular is because of the excitement, intensity, and energy the stadium atmosphere brings, but not every school has an elite stadium. Here are the six worst football stadiums among teams in Power 5 conferences:

BB&T Field is actually the smallest stadium in the ACC with a capacity of 31,500, but fans usually fill it up. A bunch of upgrades have improved the fan experience, but it doesn't compare to other big time schools.

Ryan Field is has the capacity to hold 47,130 fans, but much less then that usually show up on Saturdays. They design of the stadium gives every fan a great view of the game, but the atmosphere is one of the least festive in the country.

Memorial Stadium can hold more than 50,000 people, but the track circling the field and small attendance give off a high school feel.

Martin Stadium only has a capacity of 32,248, making it the smallest in the Pac-12. It has a very metallic feel that doesn't make it very comfortable, and the team hasn't given fans much to cheer about lately.

Wallace Wade Stadium can hold just under 34,000 people, but Duke usually struggles to fill it halfway. Attendance under head coach David Cutcliffe has increased, but it's not uncommon for opposing fans to outnumber Blue Devil fans.