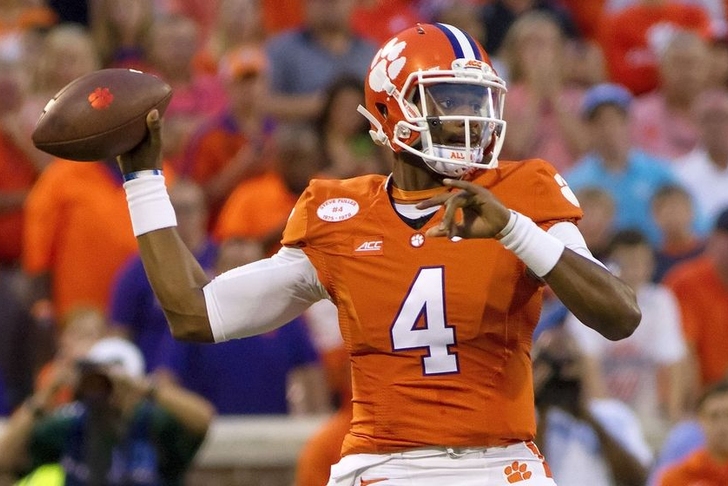 The ACC figures to be a wide-open race this fall with the departure of Jameis Winston, opening the door for another signal caller to dominate the conference. Here are the guys that will be the best of the best this season:

Williams' versatility makes him one of the most dangerous quarterbacks in the country, and UNC does everything they can to utilize his skill set. In eight ACC games last year, Williams passed for 2,021 yards and 14 scores to just five interceptions while leading the Tar Heels with 783 rushing yards and 13 touchdowns.

Kaaya started all 13 games for Miami last year as a true freshman, passing for 3,198 yards and 26 touchdowns. He'll be better with another year to develop, and with star running back Duke Johnson in the NFL, he'll have plenty of opportunities to show what he can do. Thomas was named second-team All-ACC, starting all 14 games and leading the Jackets to an Orange Bowl win over Mississippi State. He mastered Paul Johnson’s option attack and led the team in rushing with 1,086 yards and eight touchdowns while passing for 1,719 yards and 18 touchdowns. Georgia Tech finished the season 11-3, and many have them as a team to watch in the conference next season. Golson started all 12 regular season games for Notre Dame last season before losing his starting job in the Music City Bowl. He passed for 3,445 yards, 29 touchdowns, and 14 interceptions last season while rushing for 283 yards and eight more touchdowns. After being a Heisman candidate last year, Golson now figures to lead a Seminoles team that will be the favorites to win the conference again. Watson started five games a true freshman, throwing for 1,466 yards and 14 touchdown passes with just two interceptions and completed 68% of this passes. He broke his hand against Louisville, and later sat out because of ACL surgery. All signs point to him being totally healthy in 2015, which is a scary proposition for opponents.