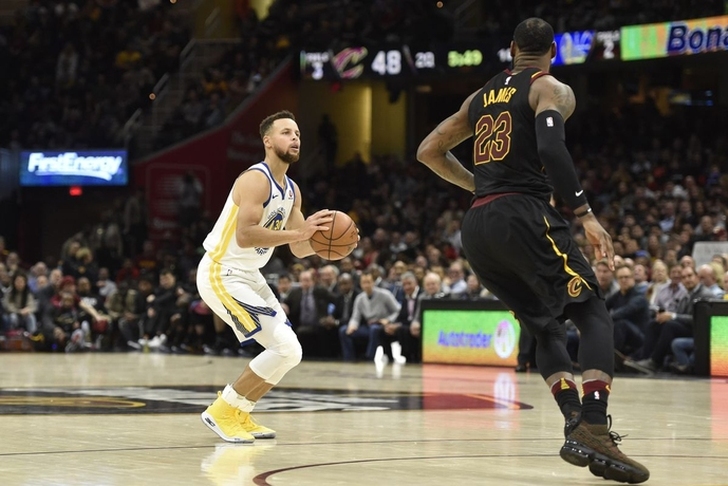 The Cleveland Cavaliers dropped to 26-17 on the season following Monday night's 118-108 defeat to the Golden State Warriors, marking their eighth loss in the last 10 games. It was the second and final matchup of the regular season between the two, meaning we won't see them face off again until the NBA Finals - should they both get there. Here are the three biggest things we learned from the game.

1) Cleveland needs to make a trade to have any chance at beating Golden State
As we saw in the Finals last year and in their two games this season, the Cavs simply have no answer for the Warriors. They aren't quick enough on the perimeter, have too many non-shooters, and have no rim protection. Those problems will continue to hinder the Cavs in this matchup unless they make a change.

We know they've been going hard after Clippers center DeAndre Jordan, and he'd be an excellent rim protector while giving them a dynamic that the Warriors don't have. Even if they don't land Jordan, their goal is to add another All-Star caliber player. They need to.

NEXT READ: Cavs Will "Definitely" Make A Trade Prior To Deadline

2) Cleveland's effort needs to improve
While there's a clear talent disparity between the two teams, the Cavs can improve their chances by giving more effort - particularly when it comes to defensive transition. Golden State got a number of fast break points simply because a Cleveland player or two didn't hustle back on defense, leaving a player wide open. That may change in the postseason, but that lack of effort is something that is a driving force behind Cleveland's losing streak.

3) Golden State doesn't have to play their best to beat everyone
There have only been a select few games this year in which the Warriors have actually been clicking on all cylinders, yet they still have an NBA-best 36-9 record. They only shot 37.5 percent from three-point range in last night's win over the Cavs, gave up 62 points in the paint, and trailed for most of the first half - yet still won with ease. When their 90 percent is better than everyone else's 100 percent, it's pretty telling.

4) Still expect these two to make the Finals - but don't expect the series to be close
The Warriors are obviously the team to beat, and while the Cavs are third in the Eastern Conference, I'd still expect them to come out of the East and make the Finals. We know that Toronto isn't a real threat in the playoffs when both DeMar DeRozan and Kyle Lowry fade away (and we've seen in the past that they can't keep up with the Cavs) while Boston has the makings of a great regular season team but, without Gordon Hayward, don't have the talent or experience to win a seven-game series against Cleveland.

That would put these two teams against each other in the Finals for the fourth consecutive season - but don't expect anything to change once they get there. Sure, Cleveland still has to full incorporate Isaiah Thomas and they may look vastly different if they make a trade, but Cleveland put all their cards on the table last night and Golden State handled them easily. Like we saw in last year's Finals and this season, there's such a big talent gap between the two.