Predicting The 16 Teams That Will Make The 2018 NBA Playoffs 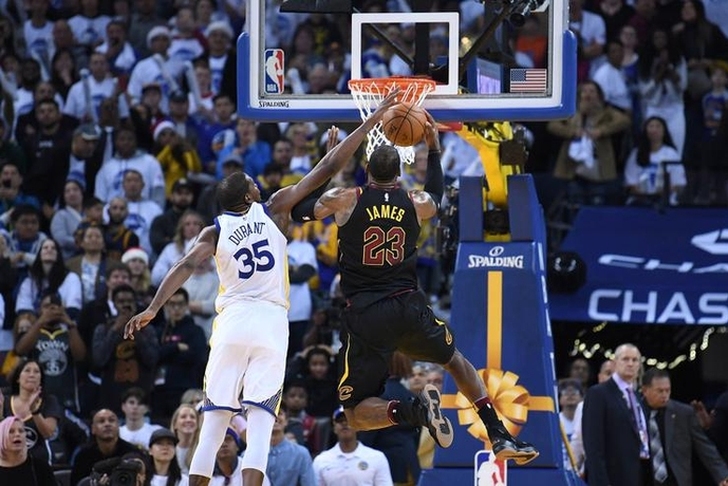 The NBA season is in the home stretch with a month left until the playoffs, making each game more and more meaningful. While a number of teams are in a "tank race" towards the bottom of the league in order to improve their draft standing, the playoff race is heating up in both conferences. The Rockets and Warriors have cemented themselves as the top two seeds in the Western Conference, but seeds 3-10 are all separated by just four and a half games. In the East, only four games separate seeds 3-8.

So, which teams will make the playoffs? Here are our predictions for both conferences:

There's no question who will be the top two seeds in the West, just about which order they'll be in. Golden State has said on multiple occasions that the top seed doesn't mean all that much to them but the Rockets feel the opposite - the top seed is their goal and, with the tiebreaker over the Warriors, I think they'll get it.

The rest of the West is very jumbled up to the point where I think the team with the most talent will rise to the top, which is Oklahoma city in this case. The Spurs slide to the No. 6 spot due to the rash of injuries they're dealing with right now and the Pelicans fall to seven because they're going to come back down to Earth at some point. Portland, Minnesota, and Denver essentially hold serve.

Toronto is developing a pretty solid hold on the one seed and Boston's seven-game lead over Cleveland for the two seed is too much for the Cavs to overcome, which is why we project the top three to stay the way they currently are. The rest of the group is jumbled very much like the West, but we don't predict a whole lot of significant movement over the next month.

Indiana has been overachieving all season and I think will start to slide a bit as teams ramp up the intensity down the stretch, while Washington and Philadelphia each rise up one spot from their current standing due to their hot streaks.