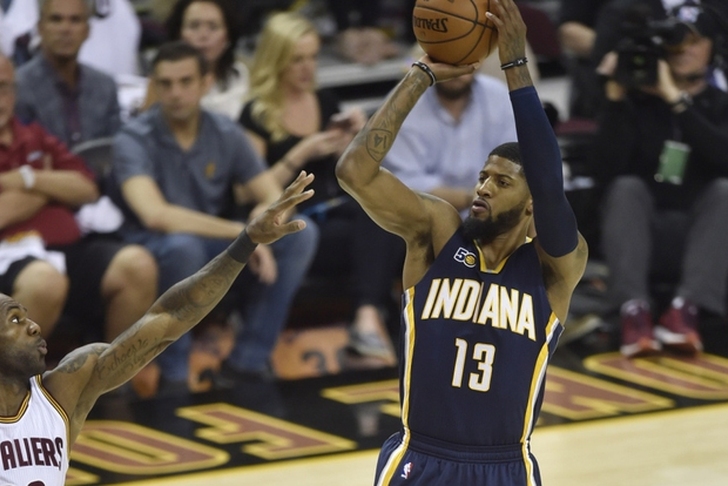 As the Indiana Pacers continue to take offers for Paul George, one team has reportedly dropped out of the running.

According to Bleacher Report's Jordan Schultz, the Cleveland Cavaliers are no longer in discussions with Indiana about a potential trade, largely due to the fact that the Pacers are not interested in Kevin Love.

The #Cavs are NOT currently in discussion with #Pacers for Paul George, per sources. I am told however that George is moving "very soon."

Sources say #Pacers are not very interested n Kevin Love and would want a lot more...Not sure w/who, but I believe PG deal may get done 2day https://t.co/khNhLixFBL

Love is the best player that Cleveland is willing to offer Indiana for George, and the two sides had been engaged in trade talks after George told the Pacers that he will lead the team in free agency. With news that the Pacers are not interested in him, the Cavs can likely put any dreams of landing George to bed .

Of course, the other factor in these negotiations may have been that Cleveland parted ways with GM David Griffin on Monday.

The Lakers have also entered serious trade discussions with the Pacers, and are George's preferred destination.

Follow our NBA page for all the latest NBA news!