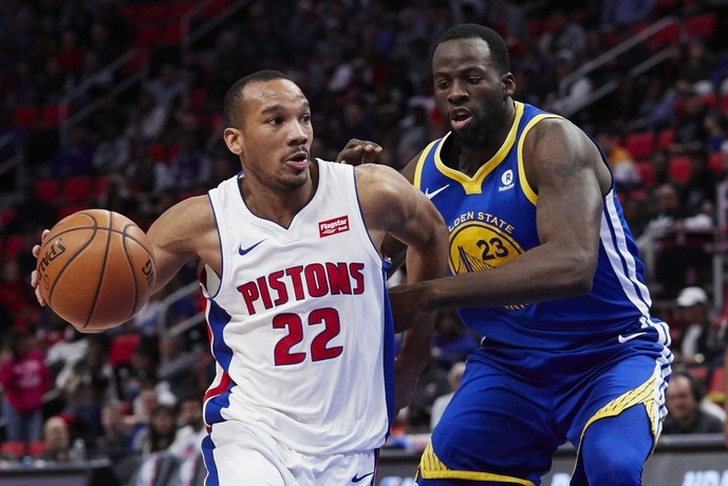 The NBA season is churning right along with the All-Star break and trade deadline fast approaching on Feb. 8, rumors are flying about which players could potentially be moved and what may happen this offseason. Another injury has likely put a new team in the mix, as the Oklahoma City Thunder are now expected to be active at the deadline following Andre Roberson's season-ending injury. We have the latest on who they're targeting and more in today's NBA Trade Rumors Roundup:

Pistons looking to trade Avery Bradley
The Detroit Pistons have been struggling of late, losing eight games in a row and 12 of their last 15 games, and that slide has them willing to part with shooting guard Avery Bradley, according to ESPN's Adrian Wojnarowski.

So far, Detroit's asking price for Bradley, who is scheduled to become an unrestricted free agent this summer, is significant, league sources said.

Detroit will try to sign him to a long-term deal this offseason even if they trade him. Bradley is averaging 15.0 points and 2.4 rebounds per game this season.

Trail Blazers willing to trade C.J. McCollum?
Another quality guard who may find his way on the trade market at some point is Portland Trail Blazers guard C.J. McCollum, according to Marc Stein of the New York Times.

This is the year Portland will break up the potent backcourt of Damian Lillard and CJ McCollum.

The Blazers don't want to trade either one, especially when they awoke Wednesday ranked seventh in the league in defensive efficiency despite the annual external skepticism about the pairing's capabilities at that end of the floor. But the easiest path to balancing the roster is by parting with one of their two guards -- most likely McCollum -- for a package headlined by a frontcourt player on their level. No one's suggesting it'll happen before the Feb. 8 trade deadline, but Portland's latest so-so season threatens to be the impetus that finally pushes the longtime Blazers owner Paul Allen in a new direction.

McCollum is averaging 21.5 points and 4.0 rebounds per game this season.

Thunder targeting deal for Knicks' Courtney Lee?
As the Thunder search the trade market to try to find a replacement for Roberson, they could try to acquire Courtney Lee from the New York Knicks, according to Marc Berman of the New York Post.

"Courtney Lee has had a helluva year, a terrific year. But is he the future? By the time the Knicks are good, he's not going to be anything for them," one opposing official said.

Lee, most agreed, could fetch as much as a late, protected, first-rounder. The Thunder, in the wake of Andre Roberson's injury could fit, although OKC is not likely to part with a pick.

Lee, who the Knicks have placed on the trade block, is averaging 13.5 points and 3.4 rebounds per game this season.