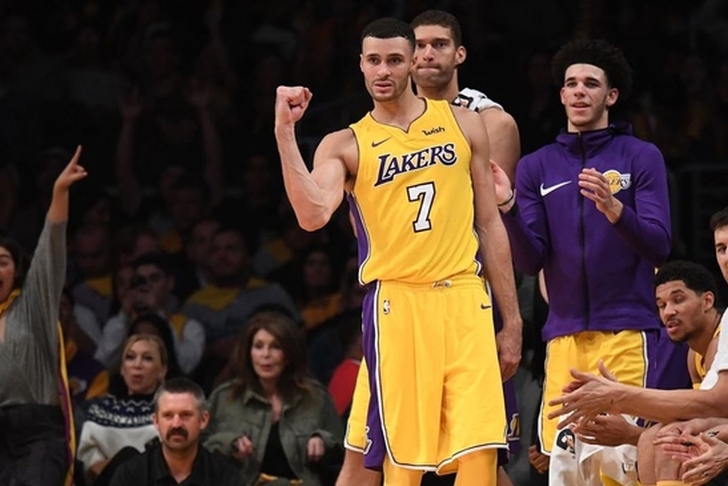 The NBA season is churning right along with the All-Star break and trade deadline fast approaching, rumors are flying about which players could potentially be moved and what may happen this offseason. A new, unfortunate wrinkle was added to the trade deadline drama when New Orleans Pelicans center DeMarcus Cousins suffered a torn Achilles that will end his season. With the Pelicans still in the playoff picture, how will that injury affect their trade deadline plans? We have the latest on that and more in today's NBA Trade Rumors Roundup:

Pelicans still looking to acquire shooting prior to deadline
New Orleans was hoping to surround Cousins and Anthony Davis with more shooting as they made a run towards the postseason, and they're still committed to doing so despite the injury to Cousins, according to ESPN's Adrian Wojnarowski.

Despite loss of Cousins for season, the Pelicans plan to remain active in acquiring talent prior to the Feb. 8 trade deadline, league sources tell ESPN.

Cousins finishes the season averaging 25.2 points, 12.9 rebounds, and 5.4 assists per game before the injury.

Larry Nance Jr. wants to stay with Lakers
The Los Angeles Lakers have made a number of players available at the deadline, namely Jordan Clarkson, Julius Randle, and Larry Nance Jr., but Nance is hoping that he isn't dealt.

“I was a little bit surprised [by the rumors], but at the end of the day, it’s a business," Nance told The HoopsHype Podcast. "If something like that were to happen, if I were to get traded to a different team, it would be a team that would value me. I try to look at it like that, just as an opportunity, if that were to happen. Obviously, I’d love to stay in L.A. But if it happens, there’s nothing that I can do about it, but it would be a new opportunity and hopefully one that I can seize and make the best of.”

Knicks "double down" on efforts to deal Joakim Noah
The New York Knicks are expected to be sellers at the trade deadline, and with Joakim Noah taking a leave of absence from the team this week, New York has really ramped up their desire to trade him, according to Marc Berman of the New York Post.

Meanwhile, an NBA source who has spoken to Knicks brass told The Post their effort to trade Noah and his $72 million contract has ramped up. Nevertheless, in past conversations with teams, the only way clubs would consider taking on Noah’s pact is if the Knicks tossed in their 2018 first-round pick — which is looking more and more like a lottery selection. The Knicks are 4-14 in their past 18 games and have fallen a season-low seven games below .500 at 21-28.

Noah, who is averaging just 5.7 minutes in seven appearances this season, is averaging only 1.7 points and 2.0 rebounds per game.