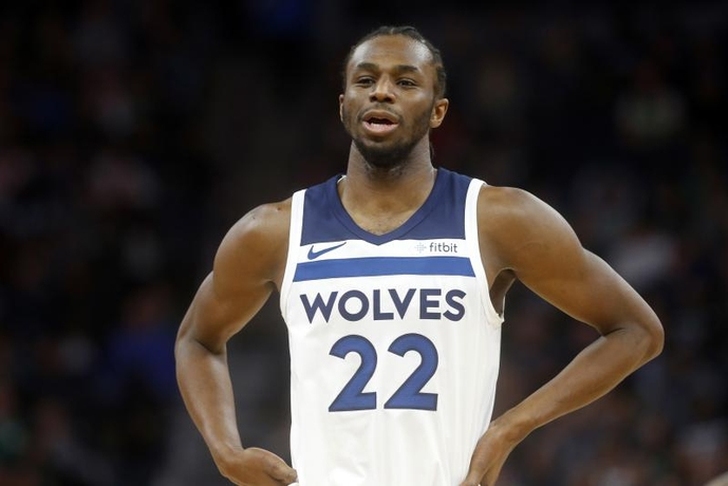 The NBA season is getting really interesting with just a few weeks remaining until the playoffs, making each game more and more meaningful. With competitive races in both the Eastern and Western Conferences, there are a number of injuries to key players on some of the league's best teams that could affect their chances of winning an NBA title. Here are all the latest NBA news & rumors you need to know:

Andrew Wiggins unhappy with role as third option
The Minnesota Timberwolves will make the playoffs for the first time since 2004, but former No. 1 pick Andrew Wiggins isn't happy with his role serving as the team's third option behind Jimmy Butler and Karl-Anthony Towns, according to Darren Wolfson of 1500ESPN.

Whoa. @DWolfsonKSTP just said on @1500ESPN that Wiggins has “whispered to teammates” that he’s unhappy being a third option behind Butler and Towns.

Wiggins is averaging 17.9 points per game this season, his lowest total since his rookie season.

Gordon Hayward had setback in rehab
Boston Celtics forward Gordon Hayward has been out since suffering a gruesome injury in the team's season-opening loss to the Cleveland Cavaliers, and while the team was originally leaving the door open for a return this season, general manager Danny Ainge announced that Hayward suffered a setback in his rehab last month that will keep that from happening.

"We were progressing a little too fast, we thought.” Ainge said. “He’s got a ways to go, but we’re excited about his progress."

Hayward was one of Boston's major offseason acquisitions this past offseason, signing a four-year, $128 million deal. He averaged a career-high 21.9 points per game last season for the Utah Jazz.

Celtics hoping Marcus Smart will return this season
Celtics point guard Marcus Smart suffered a right thumb injury in the team's loss to the Indiana Pacers on Sunday, and while the team fears he'll miss the rest of the season with the injury, he is seeking a second opinion in order to avoid surgery, according to Jared Weiss of USA Today.

But the real challenge will come off the court, as the team waits to hear back on Marcus Smart’s torn thumb. It is currently being termed a sprain — which is technically a low-grade partial tear — on the injury report, but Smart is going to be seeking a second opinion from a hand specialist in New York to determine if the tear is severe enough to necessitate surgery.

After the initial diagnosis, surgery was the expected route according to a source. But Smart is obtaining a second opinion in hopes that the injury could be treated by resting the thumb in a brace so it can heal ahead of the playoffs in a month.