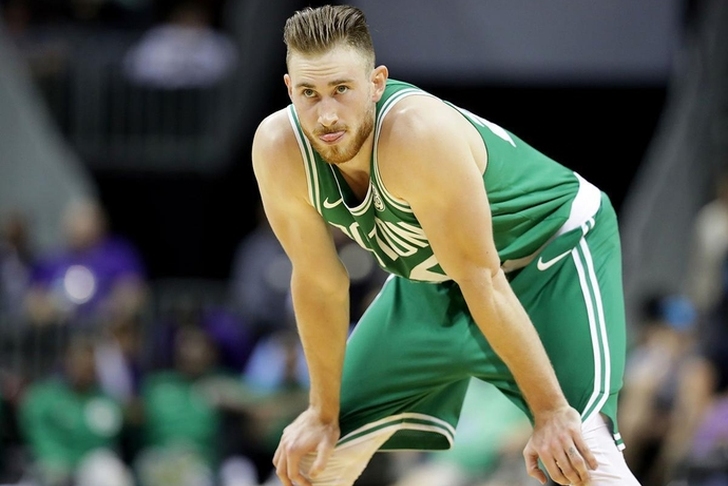 Boston Celtics forward Gordon Hayward suffered a gruesome broken ankle injury in the season opener against the Cleveland Cavaliers, his first game with the team.

Hayward's leg was put in an air cast and had to be stretchered off because of the severity of the injury. Video of the injury is below, but we have to warn you, it is extremely graphic.

The injury is similar to the injury suffered by Oklahoma City Thunder forward Paul George during a Team USA scrimmage in 2014. He returned to play in the final six games of that season for the Indiana Pacers.

Hayward was one of Boston's major offseason acquisitions this offseason, signing a four-year, $128 million deal. He averaged a career-high 21.9 points per game last season for the Utah Jazz.

Follow our Boston Celtics team page for all the latest Celtics news!