NBA Rumors: Timberwolves Have No Plans To Sign Rose, Bosh Eyeing Comeback & Latest On LeBron To The Warriors 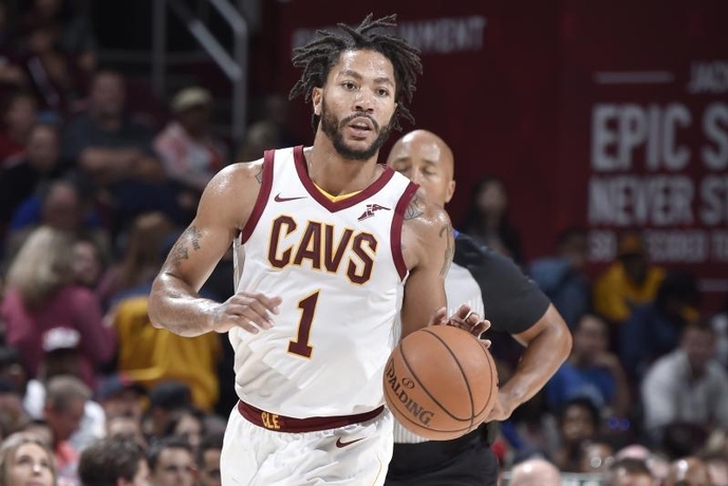 The NBA season has finally reached the All-Star break and the rumor mill has cooled off dramatically since a frantic trade deadline, but there are still plenty of rumblings about where buyout candidates could be headed in the coming weeks and potential free agent moves this offseason. Here are the latest NBA news & rumors you need to know:

Timberwolves not interested in Derrick Rose
The Cleveland Cavaliers sent point guard Derrick Rose to the Jazz in their three-team trade with Utah and the Sacramento Kings at the trade deadline, and now that he's a free agent after being waived, the Minnesota Timberwolves emerged as the favorite to sign him due to head coach Tom Thibodeau's relationship with Rose stemming from their time with the Chicago Bulls.

However, that is not the case, as owner Glen Taylor said they have no interest in Rose, according to Sid Hartman of the Star Tribune.

On that same note, Taylor said the Wolves haven’t had any plans for point guard Derrick Rose joining the team now that the 2011 NBA MVP is a free agent.

“If we could find the right person to fit into our team and have some ability to play, get out there on the floor, we are certainly going to look at it,” Taylor said. “We kept one slot open all year long just in case that possibility occurred. But as of today we don’t have anybody in mind.”

Rose, who has received some interest from the Washington Wizards, is averaging 9.8 points per game this season.

Shaq says LeBron James should join Warriors
A report earlier this month indicated that LeBron James would be interested in potentially signing with the Golden State Warriors this offseason, and while he shot that notion down the next day, some think that's the avenue James should pursue.

However, Golden State is unlikely to land James. He is expected to be looking for a max contract and the Warriors would have to either not re-sign Kevin Durant or trade some combination of Klay Thompson, Draymond Green, and Andre Iguodala without absorbing virtually any salary in return in order to create that max salary space.

James is expected to decline the $34.6 million player option on his contract for next season with the Cleveland Cavaliers in order to explore free agency. A number of teams, specifically the Houston Rockets, Los Angeles Lakers, and Los Angeles Clippers are planning to pursue him on the open market.

Chris Bosh eyeing NBA comeback
Bosh has not played in the NBA since 2016, but in an appearance on First Take, he said he's trying to make a comeback.

"I've been in the gym," Bosh said. "I can still play basketball. No, I'm not done yet. I'm trying to come back. Man, I see all these guys shooting 3-pointers and not playing defense, I got to get some of it."