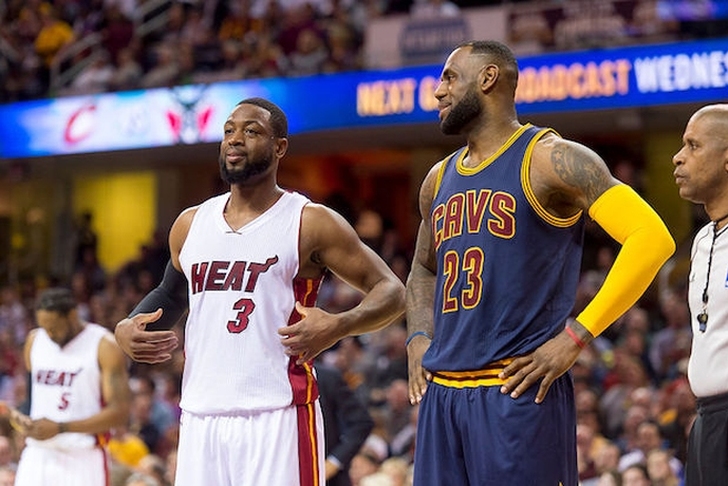 The NBA preseason officially tips off on Saturday with the Golden State Warriors hosting the Denver Nuggets and Los Angeles Lakers hosting the Minnesota Timberwolves, setting the stage for the new year. As those teams get ready to play, the Cleveland Cavaliers have finally finished rounding out their roster by signing Dwyane Wade. Here are all the latest news and rumors you need to know in today's NBA Rumors Roundup:

Dwyane Wade wants to retire with Heat
Even though he opted to join the Cavs after reaching a buyout with the Chicago Bulls, Wade says that he wants to make sure he retires as a member of the Miami Heat.

"Miami, the door's always unlocked," Wade told AP. "One day I want to retire in a Miami Heat jersey. I don't know how that will happen, but I definitely want to make sure than when I decide to hang it up, that jersey is on. Whether it's being back there or signing a one-day deal like Paul Pierce, I want to make sure that I go out the way I came in."

Miami did try to pursue Wade once he hit the open market, but Wade was always set on joining the Cavs in order to play for a contender and team up with LeBron James again.

JR Smith still starting for Cavs
Cleveland head coach Tyronn Lue has not said if Wade or JR Smith will start at shooting guard for the Cavs, but Smith said he still thinks he's the starter.

"As far as I know I'm still in the starting lineup," Smith said, but he also expressed a willingness to come off the bench if Lue prefers.

"If anything it makes us stronger, whether if I come off the bench or if he comes off the bench, however it works. I don't really focus on it. This is my 14th year, and I've had a lot of BS in my past, and I don't plan to bring that onto the Cavs."

NBA Draft Lottery reform approved
The NBA's Board of Governors has officially approved draft lottery reform that will reduce the odds of winning for the worst teams in the league, according to ESPN's Adrian Wojnarowski.

Here is an ESPN graphic on how NBA Draft lottery odds change in 2019 pic.twitter.com/Jk8X7q0J3Z

The voting was part of the board's two-day meeting that ended today. The changes will be in place for the 2019 NBA draft.