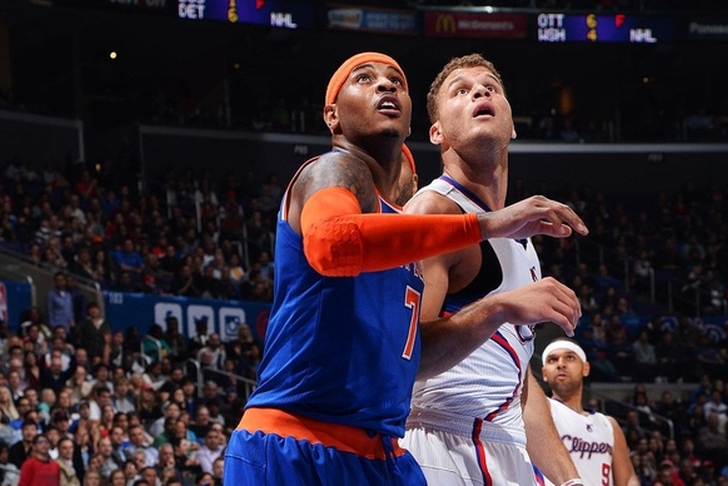 The NBA Playoffs are now in full swing with the conference semifinals now underway, but other teams have already shifted their focus towards the offseason and the upcoming NBA Draft Combine. Here's all the latest news and rumors from around the league:

Possible Carmelo-to-Clippers trade?
As the Carmelo Anthony saga continues to trudge forward with the Knicks, the Los Angeles Clippers have emerged as his most likely trade destination. After failed attempts to acquire him at the deadline, there's a renewed hope that LA could land him this summer, according to Marc Berman of the New York Post.

An inevitable shake-up is coming with the Clippers’ array of free agents. The team may not be dismantled after the first-round flameout, but it will be reconfigured. Anthony, if he so wishes, could be at the heart of their makeover.

Anthony, if he so wishes, could be at the heart of their makeover. According to sources, the Clippers were interested in obtaining Anthony before the Feb. 23 trade deadline, but the Knicks turned down all of their offers — none of it making sense for Jackson at the time. More options will spring open this summer, including Redick’s free agency. With the Knicks lacking 3-point prowess, Redick is a 3-point marksman who wasn’t made available in January and February.

Anthony has a no-trade clause, but has expressed interest in waiving it if he was traded to the Clippers or Cavs. He averaged 22.4 points and 5.9 rebounds per game this past season.

Blake Griffin would leave Los Angeles
Another one of the biggest questions of the offseason centers around the impending free agency of Chris Paul and Blake Griffin. The Clippers plan to give Paul a five-year max deal, but things are a bit more uncertain about Griffin, according to ESPN's Brian Windhorst:

Griffin has said that he wants to stay with the Clippers, but if they don't offer him a full max deal, he is expected to listen to offers from other teams - and his hometown Oklahoma City Thunder plan to make a run at him.

Markieff Morris will play in Game 2 despite ankle injury
Washington Wizards forward Markieff Morris left Game 1 against the Celtics in the second quarter with an ankle injury, but he isn't expected to miss any more time, according to ESPN's Jeff Goodman:

Markieff Morris said he will definitely play in Game 2. Said that team wanted him to sit rest of game with ankle injury, see bigger picture for entire series.

Morris averaged 14.0 points and 6.5 rebounds per game this season.