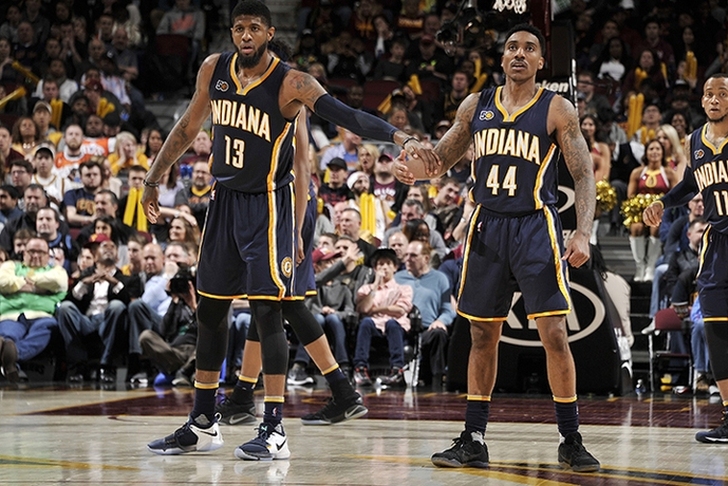 With the NBA Draft now over, teams around the league have turned their attention to free agency, which starts on July 1st. Several big names figure to be available, including Gordon Hayward, Chris Paul and Blake Griffin, which will lead to another summer of intrigue. There's also the steady rumors around Paul George, who could be traded by the Pacers. Here are all the latest NBA rumors you need to know:

Mavs' Plans
The Dallas Mavericks have declined the option of Dirk Nowitzki's contract, but ESPN's Marc Stein reports he's not going anywhere. Rather, much like previous years, Nowitzki will wait to see what offseason moves the Mavs make and then re-sign for potentially less money. A two-year deal is being considered for Nowitzki, who is entering his 20th season with Dallas.

One player the Mavs won't be targeting with their upwards of $20 million in cap space is PG Jrue Holiday. The two sides have long been linked, but Stein reports the Mavs won't pursue him after drafting PG Dennis Smith. Stein adds the Mavs remain focused on building around their young core of Smith, Nerlens Noel, Harrison Barnes and Seth Curry.

Meanwhile, Marc Berman of the NY Post reports Minnesota will pursue Derrick Rose, one of Tom Thibodeau old Chicago players. Rose is coming off a down year, while the Knicks might elect to let him walk after drafting PG Frank Ntilikina in the first round. If Minnesota elects to add a new point guard, especially a big name, they could try again to trade Rubio.

Paul George Trade Latest
The Pacers elected to keep Paul George through the NBA Draft, after not finding a trade offer they felt was enough for their star. Terry Pluto of the Cleveland Plain Dealer has a few notes on the discussed Pacers-Cavs trade for George.

"I'm told the Indiana Pacers don't want Kevin Love, at least not right now," Pluto writes. "Their goal is young players and draft picks. They definitely want to trade Paul George. It would be a shock if they open the season with him on the roster. Indiana knows George will leave via free agency in the summer of 2018."

Pluto says the lack of interest in Love was the reason the Bulls didn't have interest in a trade for Jimmy Butler with the Cavaliers. Pluto also writes that the Pacers tried to get Brandon Ingram from the Lakers in a George trade. However, the Lakers weren't willing to deal Ingram for George, who is expected to head to Los Angeles as a free agent in 2018 anyway.