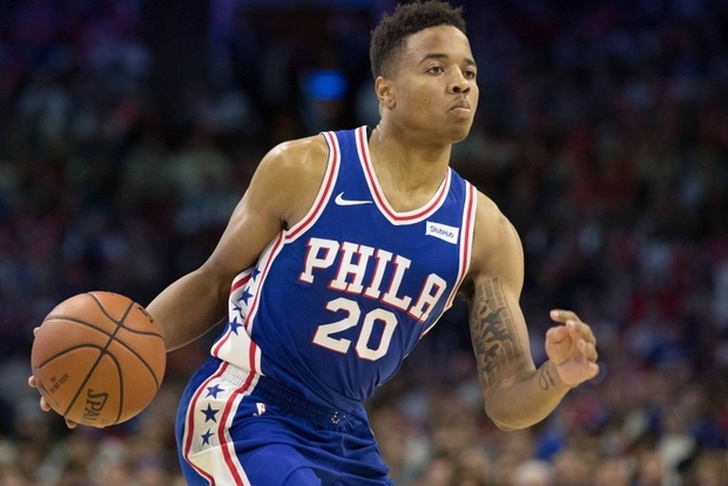 The NBA season is churning right along as we approach the quarter-point of the season, and the Boston Celtics have established themselves as a legitimate title contender thanks to their stunning 15-game win streak. Meanwhile, a number of teams that have also gotten off to good starts are looking to trade for another quality player or two in an attempt to jump into that contender category. As such, we have some trade news and injury updates in today's NBA Rumors Roundup.

Markelle Fultz to be re-evaluated in 2-3 weeks
Philadelphia 76ers rookie Markelle Fultz has missed the last three weeks with a shoulder injury, and while he is progressing well, the team announced he will be out another 2-3 weeks until he is re-evaluated again:

Markelle Fultz was examined and evaluated today by Dr. Ben Kibler, Medical Director of the Shoulder Center of Kentucky at the Lexington Clinic, for the soreness and scapular muscle imbalance that he has been experiencing in his right shoulder. The soreness is dissipating and the muscle balance is improving, and Fultz will continue with physiotherapy and begin progressing toward full basketball activities. Fultz will be re-evaluated in approximately two to three weeks. His return to gameplay will be determined by how the shoulder responds to progressive basketball training and practices in the interim.

Fultz, the No. 1 overall pick in the draft, averaged 6.0 points, 2.3 rebounds, and 1.8 assists in 19.0 minutes in the first four games of the season before being sidelined with the injury.

NEXT READ: 5 Things We've Learned So Far This NBA Season

Cavs targeting trade for Greg Monroe
Greg Monroe was dealt from the Milwaukee Bucks to the Phoenix Suns as part of the Eric Bledsoe trade, but Phoenix has no plans to keep him as they continue to rebuild. As such, the Cleveland Cavaliers have some interest in trading for him, according to Joe Vardon of Cleveland.com.

As for Greg Monroe, the interest in him would be higher, sources indicated to me. Monroe is 6-11 and 265 pounds, but he isn't really a shot blocker (which Cleveland lacks). He's a scorer (though, this season, he's averaging just 6.8 points per game). The Cavs, though flawed, have a crowded rotation already, so pursuing Monroe in any way would probably follow or coincide with other roster changes.

Monroe is averaging 8.6 points and 5.3 rebounds per game so far this season.

Anthony Davis cleared of concussion suffered vs. Nuggets
New Orleans Pelicans star forward Anthony Davis suffered a concussion in Friday's blowout loss to the Denver Nuggets, but will likely play in the team's next game against the Oklahoma City Thunder on Monday after clearing protocol this weekend, the team announced.

Davis suffered the concussion on this play: