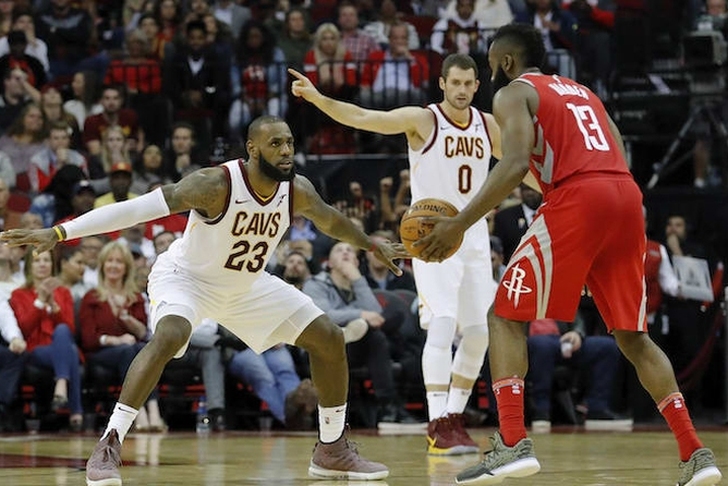 The NBA season is churning right along as we approach the new year, and as such, the trade market is starting to heat up. On the court, several top teams are preparing for tomorrow's Christmas Day games, and one big star is expected to make his return. Here are all the latest news & rumors you need to know:

Rockets planning offseason pursuit of LeBron James
With LeBron James reportedly a "long shot" to leave the Cleveland Cavaliers to join the Los Angeles Lakers, the Houston Rockets are planning to make a hard run after him while re-signing Chris Paul, according to ESPN's Zach Lowe.

They are underdogs, maybe big ones, but Morey has long promised that he will go for it if he thinks Houston has even a 5 percent chance of winning a ring. He will hunt likely LeBron this summer, per league sources, and hopes to sign Paul to another long-term deal. With Clint Capela and Trevor Ariza headed toward free agency, just bringing this group back could vault Houston well into the luxury tax. Tilman Fertitta, the team's new owner, has said he would pay the tax to preserve a contender.

Lakers to deal Jordan Clarkson after the season
The Lakers are trying to maximize their cap space to make a run at two superstars next offseason and are willing to trade some of their young players to make that happen.

As such, they are looking to trade backup point guard Jordan Clarkson but not until after the season, according to ESPN's Adrian Wojnarowski.

"They believe they can trade Jordan Clarkson and get his money off," Wojnarowski said. "They prefer not to do it at the trade deadline. Clarkson has helped them win games this year, and because they don't have their pick, they want to win as many games as they can. So I think there's some confidence there that they can find a deal for Clarkson after the season, to get his money off. But there's got to be a sequencing here. And it gets back to, are they going to chase one max-salary slot, or two?"

Clarkson is averaging 13.9 points and 3.0 assists in 22.1 minutes per game so far this season.