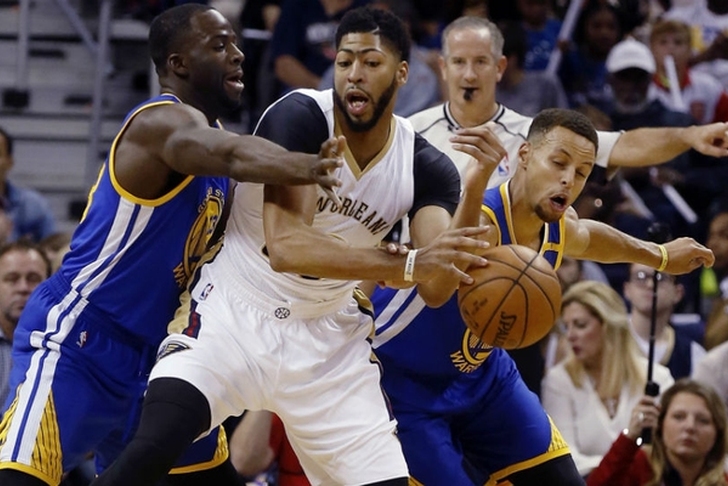 The NBA season is churning right along as most teams have hit the halfway point of the season, and with the All-Star break and trade deadline fast approaching, rumors are flying about which players would potentially be moved. Here are all the latest news & rumors you need to know:

Potential Pelicans-Warriors blockbuster trade
The New Orleans Pelicans have remained adamant about keeping star big man Anthony Davis, spurning interest from several teams - namely the Boston Celtics - over the past few years. However, the Golden State Warriors appear to have interest in acquiring the All-Star, according to The Athletic's Tim Kawakami.

Any such deal is extremely unlikely to happen this season, but according to The Ringer's Chris Ryan, a possible deal that would send Draymond Green and Klay Thompson to New Orleans in exchange for Davis is something to watch for next season.

Perhaps the most salacious trade rumor of the season is a deal that has absolutely zero chance of happening right now. It might not be a trade at all. I am referring to the rumor in Tim Kawakami's column in The Athletic suggesting that Davis could be the next big target for the Golden State Warriors. Just the fact that it's out there is worth noting.

According to Kawakami, the Brow is the "prime object of hope and desire." Putting aside whether Prime Object of Hope and Desire is my favorite Nabokov novel, Davis's deal with New Orleans runs through 2021, though he has an opt-out for the summer of 2020. If, for some reason, the Pelicans decide to trade the best player in franchise history not named Chris Paul, and they opt to deal him to the Bay Area Basketball Empire, they could, as Kawakami notes, ask for Draymond Green and Klay Thompson in return.

Thompson is under contract through the 2018-19 season and Golden State is not expected to be able to re-sign him, as he's expected to receive a max contract on the open market. Green's deal expires the following season.

Davis, 24, has routinely said that he wants to spend his entire career with the Pelicans and is only in the second year of the five-year max deal that will keep him in the Big Easy until 2021.

Cavs willing to deal Tristan Thompson
The Cleveland Cavaliers are known to be one of the most active teams ahead of the trade deadline, and with two first-round picks in the draft (including Brooklyn's pick), they plan to use those picks in order to go after a star player. And, according to Shams Charania of Yahoo Sports, Cleveland is willing to part with Tristan Thompson in such a deal.

Multiple NBA teams have cited Tristan Thompson as an asset Cleveland is willing to move in the right deal, such as one for the Los Angeles Clippers’ DeAndre Jordan. Nevertheless, the superstar talent of Oklahoma City’s Paul George or New Orleans’ DeMarcus Cousins, each deserving of that Nets first-rounder, won’t see the light in this trade market as of right now, league sources said, as those teams are fully focused on winning with each respective player.

Thompson, who is in the third-year of the five-year, $82 million contract he signed with the Cavs in 2015, is averaging 5.1 points and 5.8 rebounds in 19 minutes per game.

Pistons place Stanley Johnson on trade block, Luke Kennard may be moved
The Detroit Pistons are also looking to make a deal before the deadline to help secure their place in the Eastern Conference playoffs, and are willing to deal both Stanley Johnson and Luke Kennard to make that happen, according to ESPN's Ian Begley.

Forward Stanley Johnson is one name that has come up in the Pistons’ conversations with other teams, per ESPN sources.

Opposing teams have come away with the impression that Johnson is available for the right return.

Teams have also asked Detroit about rookie Luke Kennard, per league sources, though the Pistons don’t appear to be interested in moving their 2017 first-round pick.

Detroit is known to be targeting a wing player and has had conversations with the Orlando Magic about acquiring Evan Fournier.