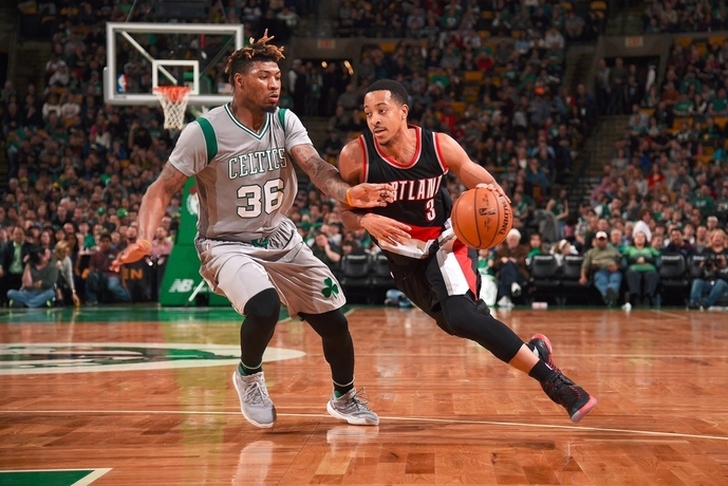 The NBA preseason wrapped up last night and as such, teams around the league the making their final roster decisions on cutdown day (rosters need to be trimmed to 15 players). The contract extension deadline on Oct. 16 is also looming large around the league for players entering the final years of their contracts. Here are all the latest news & rumors you need to know:

Celtics working on extension for Marcus Smart
The Boston Celtics are working to sign guard Marcus Smart to a long-term extension ahead of Monday's deadline, according to WBZ NewsRadio's Adam Kaufman.

Smart, who is the longest-tenured player on the Celtics, posted career-highs with 10.6 points and 4.6 rebounds per game last season.

The contract extension talks between the Portland Trail Blazers and center Jusuf Nurkic stalled before they ever started. The two sides will not reach an agreement ahead of Monday's deadline and Nurkic will enter restricted free agency in July.

The Blazers see Nurkic as an important part of their future, but before they commit to a long-term deal with the 23-year-old center they want to see more. When the Blazers acquired Nurkic in a trade with the Denver Nuggets just before the deadline last he season he injected life into a team on the brink of collapse and helped guide the Blazers into the playoffs.

Nurkic will be a restricted free agent in the offseason, meaning Portland will be able to match any offer he receives on the opener market.