NBA Rumors: Cavs Tried To Deal Irving Before He Requested Trade, Clippers Don't Plan To Blow It Up & More 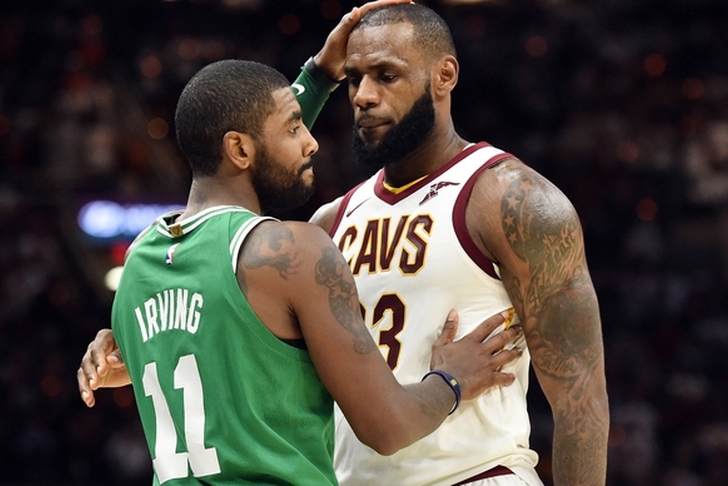 The NBA season is churning right along as the calendar has turned to 2018, and as such, the trade market is starting to heat up. While the biggest offseason trade has long been in the books, new details are emerging about the divorce between Kyrie Irving and the Cleveland Cavaliers. Here are all the latest news & rumors you need to know:

Cavs tried to trade Kyrie Irving before the requested trade
Kyrie Irving's trade request came as a surprise to virtually everyone in the NBA this offseason, including members of the Cavs front office, but Cleveland had reportedly looked into trading Irving prior to him making that request, according to ESPN's Jackie MacMullan.

What they didn't know was Cleveland had explored trading Kyrie in June, long before he asked out, a fact conveniently omitted when word of his demand leaked. Irving made the decision to remain silent while the details of his request were, in his word, "distorted."

"I didn't feel the need to say anything because I knew the truth, and so did they," he says. "So it didn't matter what others said."

Still, for a split second, Irving winces, as though someone has pricked him with a pin.

"They didn't want me there," he says.

Cleveland included Irving in trade talks that would have brought either Paul George or Jimmy Butler to the Cavs this past offseason, and there was another report over the summer that LeBron James had asked Cleveland to trade Irving for Chris Paul after winning the title in 2016.

Irving has emerged as an MVP candidate in his first season with the Boston Celtics, averaging 24.8 points and 4.9 assists per game while leading them to an Easter Conference-best 30-10 record.

Clippers not expected to blow it up
The Los Angeles Clippers have been fielding offers for DeAndre Jordan as they contemplating starting a rebuild given their slow start to the season, but Steve Kyler of Basketball Insiders reports that the Clippers have no plans to blow up their roster.

We'll see. I was told no one in Clipperland ready to press the eject button. They do not want to tank, that's not the plan. Maybe that changes in Feb, but no sense of that now with all the injuries. https://t.co/orculHNxWO

Los Angeles is currently No. 9 in the Western Conference with a 17-19 record.

Paul George has "no regrets" about expressing desire to join Lakers
The Indiana Pacers traded Paul George to the Oklahoma City Thunder after he publicly expressed interest in wanting to sign with the Los Angeles Lakers when he became a free agent at the end of the season, yet George says that he has no regrets about the situation.

"All that was said was that (was) a destination I would love to go to," George said. "There wasn't, you know, a 'Hey, gunpoint to the head, send me here.' I just stated somewhere that I wanted to go play. You ask 80, 70 percent of the guys in the league if they would love to go back home and play for their city, play for their home, that's all I stated.

George is averaging 20.6 points and 5.5 rebounds per game so far this season.