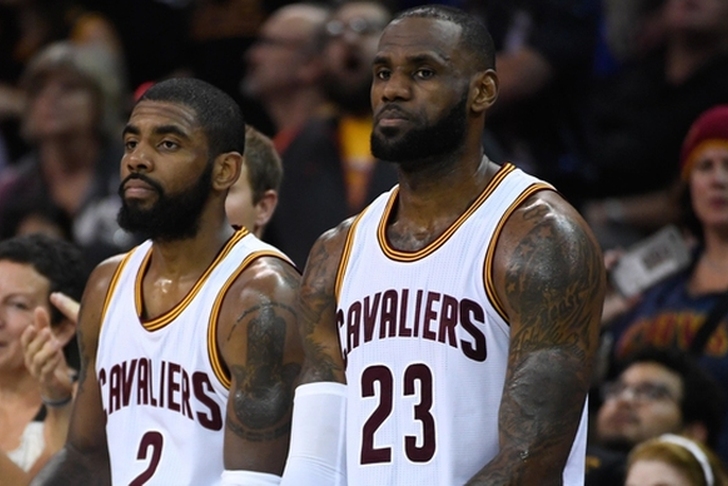 Kyrie Irving's trade request came as a surprise to virtually everyone in the NBA, including members of the Cleveland Cavaliers front office, but the request has reportedly come out of anger.

FS1's Rob Parker said on The Herd with Colin Cowherd that LeBron James had asked Cleveland to trade Irving for Chris Paul after the Cavs won the title in 2016. Parker said Irving found out about it, which set him over the edge.

Here's @RobParkerFS1 saying on @TheHerd that LeBron James wanted the #Cavs to trade Kyrie Irving for Chris Paul after they won the title: pic.twitter.com/DSoSRoXYeQ

Cleveland also included Irving in trade talks that would have brought either Paul George or Jimmy Butler to the Cavs this past offseason, according to ESPN's Ramona Shelburne, Dave McMenamin and Brian Windhorst, furthering his desire to leave the team.

What followed was a whirlwind, with the Cavs putting forth a series of trade packages looking to acquire either Butler or George. Some of these talks included Irving, which upset him even more when he found out about it, sources said. Previously, Griffin had worked to keep lines of communication with Irving open, but now Irving was in the dark.

Irving told the Cavs that he would prefer to be traded to the Miami Heat, Minnesota Timberwolves, New York Knicks or San Antonio Spurs, but with three years and $60 million remaining on his contract (he can opt out after the 2018-19 season) and no no-trade clause, Cleveland isn't necessarily in a rush to trade him.

As such, they have set an asking price of at least a proven veteran and a promising young player and won't trade him unless those demands are met.

The Phoenix Suns and Denver Nuggets have been the most aggressive in negotiations for Irving and are currently the two frontrunners to land him.

Phoenix's offer centers around point guard Eric Bledsoe and they have plenty of talented young players on their roster - but are unwilling to part with Devin Booker and rookie Josh Jackson. Denver's offer would likely include some combination of Emmanuel Mudiay, Kenneth Faried and Wilson Chandler.