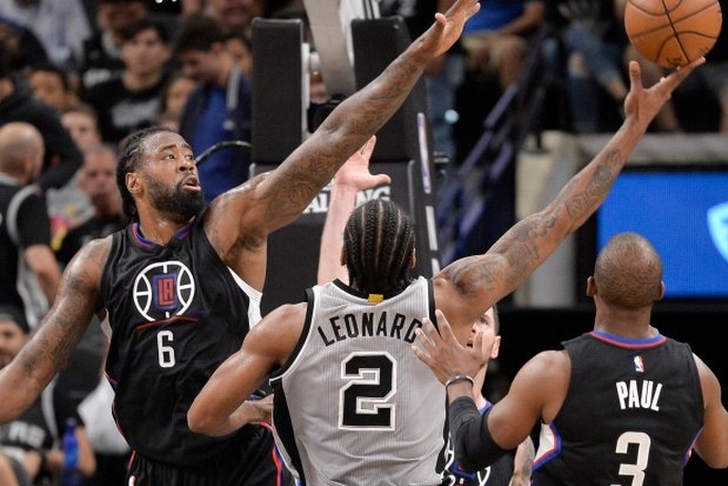 The NBA season is churning right along as we have passed the quarter-point of the season, and as such, teams are starting to solidify themselves as playoff contenders - or as some of the worst teams in the league. As such, the trade market is starting to heat up - specifically with DeAndre Jordan - while injuries are also starting to rack up for several teams. Here are all the latest news & rumors you need to know:

Bucks will "investigate" DeAndre Jordan trade
With the Los Angeles Clippers struggling so far this season (8-15) and Blake Griffin out for the next couple of months, All-Star center DeAndre Jordan's name has been mentioned in numerous trade rumors.

The Clippers are entertaining the idea of parting with him as the start of a rebuild in LA that was really set in motion by the Chris Paul trade, and the Milwaukee Bucks have emerged as the most interested potential trade partner, according to ESPN's Zach Lowe.

Milwaukee will investigate DeAndre Jordan, and that is another future version of this team: Antetokounmpo running pick-and-roll with a lob dunker, shooters surrounding them.

The Bucks can't pay all of Antetokounmpo, Bledsoe, Parker, Middleton, Tony Snell, and Jordan. They almost certainly can't get Jordan without giving up one of their good and expensive rotation guys, anyway. (I would be very surprised if they flipped Parker for Jordan, to be clear.)

Jordan is averaging 10.7 points with 14.2 rebounds and 1.1 blocks per game so far this season.

NEXT READ: 5 Teams That Are The Most Likely To Trade For DeAndre Jordan

Kawhi Leonard's return delayed
San Antonio Spurs forward Kawhi Leonard has not played yet this season due to a quad injury, but while the team was hoping to have him back Saturday against the Phoenix Suns, they are now shooting for a return on Tuesday against the Dallas Mavericks, according to ESPN's Adrian Wojnarowski.

San Antonio Spurs forward Kawhi Leonard is now targeting his return on Tuesday against Dallas, league sources tell @mikecwright and me. He has yet to play this season with a quad injury.

Leonard, who averaged 25.5 points, 5.8 rebounds, and 3.5 assists per game last season, would give an immediate boost to a Spurs team that is 17-8 this year despite his absence.

Derrick Rose may need ankle surgery
Cleveland Cavaliers point guard Derrick Rose has returned to the team after a self-imposed leave in which he contemplated retirement, but he is still out with an ankle injury that could require surgery, according to ESPN's Dave McMenamin.

Derrick Rose, speaking to the media for the first time since his return to the Cavs, revealed he has a bone spur in his left ankle and acknowledged that a procedure may be necessary if his rehab does not take.

Last year while with the New York Knicks, Rose went missing on game day for what he called "a family issue" and was fined by the team.

He has only played in seven games this season due to injury, averaging 14.3 points and 2.6 assists per game.