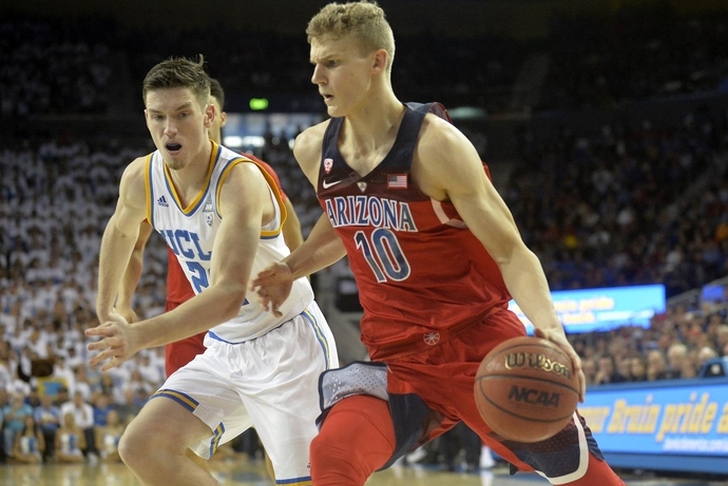 The NBA Draft is now just four days away, and we had our first blockbuster trade with the Philadelphia 76ers acquiring the No. 1 pick from the Boston Celtics. As the we get closer and closer to the draft, there are plenty of rumors swirling about other possible trades and who teams are targeting, so we're here to help you sort through the mud. Here are all the latest NBA Draft rumors you need to know:

Suns trying to acquire No. 2 pick from Lakers
The Los Angeles Lakers have expressed interest in trading down from the No. 2 spot, and the Phoenix Suns have emerged as the most likely trade partner, according to ESPN's Chad Ford:

The Lakers held internal discussions about trading back two spots to No. 4 if the Suns were to offer them a 2018 first-round pick. The Suns hold their own 2018 pick (which currently projects to be a high lottery pick) as well as the rights to the Miami Heat’s 2018 pick. The latter pick is top-seven-protected in 2018 but unprotected in 2019.

The Lakers believe that Ball or Jackson might be available at the No. 4 spot. If not, the Lakers are still very high on Fox and Tatum, and believe that securing an additional prospect might be worth dropping two spots in the draft.

Phoenix is very, very high on Lonzo Ball, who they think is the perfect fit next to Devin Booker in the backcourt, and that would be who they would trade up for.

Minnesota's interest in Lauri Markkanen simply a smokescreen
The Minnesota Timberwolves have been heavily linked to Arizona big man Lauri Markkanen throughout the draft process, as his shooting ability as a stretch four appears to make him a good pair next to Karl-Anthony Towns. Minnesota even had him in for a workout this week, but they apparently weren't all that impressed.

According to Mike Fisher of 105.3 The Fan in Dallas, their "interest" in Markkanen is just a smokescreen.

The Timberwolves are known to really like Jonathan Isaac, but he is refusing to work out for them (he has only worked out for teams in the top four). They are also interested in trading down in the draft, and could be playing up their interest in Markkanen to try and find a suitor.

Markkanen averaged 15.6 points and 7.2 rebounds per game this past season while shooting 49.2 percent from the field and 42.3 percent from three-point range.

Celtics looking to make more trades after 76ers deal
The Celtics received three first-round picks from the 76ers in exchange for the top selection, including the No. 3 pick this year, but that doesn't mean they plan to keep them. The deal is expected to be finalized on Monday, giving the Celtics time to make another trade (or two) before the draft, according to ESPN's Ramona Shelburne.

Boston reportedly still has their sights set on Jimmy Butler, and are hoping to flip some of the picks they received from Philly to the Bulls in a trade for him. Boston has been linked to Butler for over a year, and nearly acquired him at the trade deadline before talks between the two sides broke down.

Of course, that's not Boston's only option. They are hoping to take Josh Jackson with the No. 3 pick (if they keep it), but if the Lakers take him at No. 2, they could trade back again (someone would be interested in trading up for Ball).