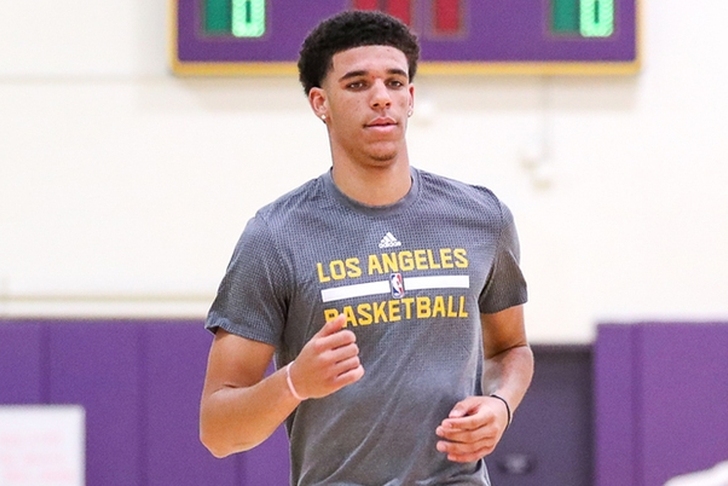 The NBA Draft is fast approaching, and following the blockbuster trade in which the Philadelphia 76ers acquired the No. 1 pick from the Boston Celtics, teams at the top of the draft are starting to settle on top targets and who they will take with their picks. Still, there are plenty of rumors swirling about other possible trades that may happen over the course of the next few days. Here are all the latest NBA Draft rumors you need to know:

Pistons in talks to trade No. 12 pick to Lakers
The Los Angeles Lakers already have the No. 2 and No. 28 picks in the draft, but they are also trying to acquire the No. 12 pick from the Detroit Pistons, according to Amico Hoops.

The Detroit Pistons are said to be looking to move their No. 12 overall pick, and sources have told Amico Hoops the Pistons and Lakers may have already connected.

Detroit wants to trade the pick for a veteran player to help them win now. The Lakers have made D'Angelo Russell, Julius Randle and Jordan Clarkson available in trade talks earlier this offseason, and one or more of those players would probably be included in any deal.

It remains to be seen if the Pistons are interested in any of those players, but as they try to move on from Reggie Jackson at point guard, Russell or Clarkson would likely be the best fit.

The Lakers are hoping to add another lottery pick to take Duke's Luke Kennard, who they are very high on after working him out earlier this month.

With Fultz likely going No. 1 to Philly, the field narrows down to Ball, Jackson, Tatum and Fox here. Sources in L.A. say that the Lakers have been moving closer and closer to selecting Ball in the past 48 hours. More than ever, he's the heavy favorite to get his wish to play for his hometown team.

The Lakers have been linked to Ball throughout the entire draft process, but also really like Josh Jackson.

There's no doubt that Jackson has impressed them - and many other teams - in his workouts and interviews, but it will be a shock if they take him over Ball. LA has been going out of their way to do their due diligence and give the illusion that they aren't set on drafting Ball, but I'm hearing they still plan to take him.

Celtics will draft Jayson Tatum - if they don't trade the pick
The Celtics are another team that has appeared to have settled on a prospect. By moving down to No. 3, Boston now plans to take Duke small forward Jayson Tatum with the No. 3 pick, according to multiple people with knowledge of the situation.

The Celtics had originally been linked to Jackson, but members of the front office view him as a similar prospect to Jaylen Brown, last year's No. 3 pick. They think Tatum will be the dynamic scoring option they need on the wing, and is a better pair in the frontcourt with the more defensive-minded Brown.

That said, Tatum-to-Boston isn't set in stone. The Celtics are still looking into several different trade options, which is why their deal with the 76ers was finalized a few days before the draft. Philadelphia sent a protected 2018 first-round pick to Boston along with the No. 3 pick, and it has been reported that the Celtics wanted to stockpile first-round picks they could flip to the Bulls in a possible trade for Jimmy Butler.

The 6-foot-8, 204-pounder averaged 16.8 points and 7.3 rebounds per game as a freshman for the Blue Devils this past season.