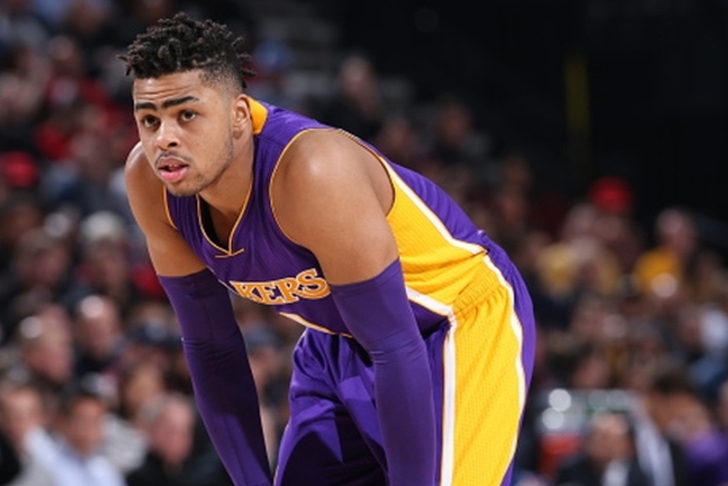 The 2017 NBA Draft order was finalized on Tuesday night after the draft lottery, as the Boston Celtics, Los Angeles Lakers and Philadelphia 76ers walked away with the top three picks. Now, with just over a month until the draft, the rumor mill is kicking into high gear. Here are all the latest rumors you need to know:

Lakers taking offers for D'Angelo Russell
After landing the No. 2 overall pick, Los Angeles is widely expected to draft UCLA point guard Lonzo Ball. According to Sports Illustrated's Jack Fischer, the Lakers looking to trade D'Angelo Russell because of that:

The Lakers played Russell at both point guard and shooting guard this past season, but aren't convinced that he's part of the future with the team. Russell averaged 15.6 points, 4.8 assists and 3.6 rebounds per game.

Los Angeles wants head-to-head workout between Lonzo Ball, De'Aaron Fox
As much as the Lakers like Lonzo Ball, they are doing their due diligence on other prospects. They have a few other prospects they are targeting, one of whom is Kentucky point guard De'Aaron Fox. Los Angeles reportedly wants Fox and Ball to have a head-to-head workout for them, according to Jonathan Givony of DraftExpress.

Word out of LA is Lonzo Ball is heavy favorite at #2, but will take a long hard look at De'Aaron Fox too. Hoping for a head to head workout.

Fox had his best game of the season against Ball's UCLA team in the NCAA Tournament, recording 39 points and four assists in their Sweet 16 matchup. That performance has helped solidify him as a top-five pick.

Ball only plans to workout for the Lakers, showing his confidence that he will be LA's pick. He is not expected to agree to a head-to-head workout for that reason and will likely do a solo workout instead.

Bulls unlikely to trade Jimmy Butler
Chicago Bulls forward Jimmy Butler has been at the center of trade rumors for the last year, with the Celtics being his most consistent suitor. Boston certainly has the ammunition for a trade after landing the No. 1 pick, but Butler doesn't expect to be traded, according to Carlos Douglas Jr. of Chicago Chronicle.

Source close to Jimmy Butler: "JB privately believes he'll remain with the #Bulls, UNLESS a team offers a to good to pass up type of trade."

Source close to @JimmyButler: "JB loves Chicago & would love to form a contender with #Bulls, but the direction is up to the front office."