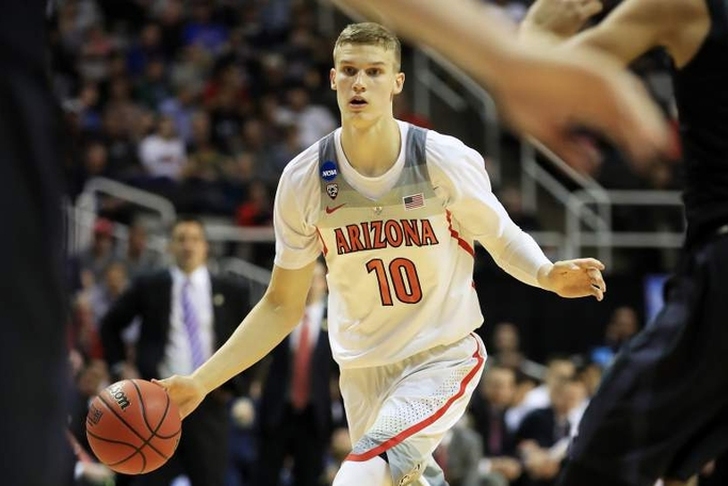 The NBA Draft is just days away, and following the blockbuster trade in which the Philadelphia 76ers acquired the top overall pick from the Boston Celtics, teams at the top of the draft are starting to settle on top targets and who they will take with their picks. Still, there are plenty of rumors swirling about other possible trades that may happen over the course of the next few days. Here are all the latest NBA Draft rumors you need to know:

Lakers to keep No. 2 pick, expected to take Lonzo Ball
The Los Angeles Lakers were taking offers for the No. 2 pick a few weeks ago, but now, they have taken it off the market, according to ESPN's Ramona Shelburne.

Los Angeles currently holds the second and 28th picks in this year's draft. While there have been inquires on the No. 2 pick, sources said it remains unlikely the Lakers would trade out of that position.

The Lakers are giving strong consideration to UCLA's Lonzo Ball, Kansas' Josh Jackson and Kentucky's De'Aaron Fox with the No. 2 pick.

Los Angeles is looking to acquire a second lottery pick in this year's draft, but aren't going to do so by trading back.

The Lakers have been linked to Ball throughout the entire draft process, and it will be a shock if they take anyone over him. LA has been going out of their way to do their due diligence and give the illusion that they aren't set on drafting Ball, but they still plan to take him.

Lakers willing to trade D'Angelo Russell for No. 12 pick
In an effort to get that second lottery pick, the Lakers are offering D'Angelo Russell to teams picking in the top 12, according to ESPN's Chad Ford.

The Los Angeles Lakers are attempting to trade for a second top-12 pick in Thursday's draft and reportedly are offering D'Angelo Russell.

The future of Russell with the Lakers is uncertain with the team expected to draft Lonzo Ball.

The Lakers are targeting Luke Kennard and Zach Collins with the additional draft pick.

The Lakers have already had discussions with the Detroit Pistons about possibly acquiring the No. 12 pick.

Knicks targeting Lauri Markkanen if they trade Kristaps Porzingis
The New York Knicks are surprisingly taking trade offers for star big man Kristaps Porzingis, and they have received a "frenzy of interest" from several teams across the league.

Knicks president Phil Jackson does apparently have a backup plan. If they do receive a trade offer they like for Porzingis, Jackson views Arizona big man Lauri Markkanen as a possible replacement.

To that possibility, Jackson had a dinner meeting with Arizona forward Lauri Markkanen on Monday night in New York, league sources told The Vertical. Jackson considers Markkanen, a 7-foot jump-shooting forward, a replacement for Porzingis and is considering selecting him with the team’s No. 8 overall pick in Thursday’s NBA draft.

Markkanen averaged 15.6 points and 7.2 rebounds per game this past season while shooting 49.2 percent from the field and 42.3 percent from three-point range.