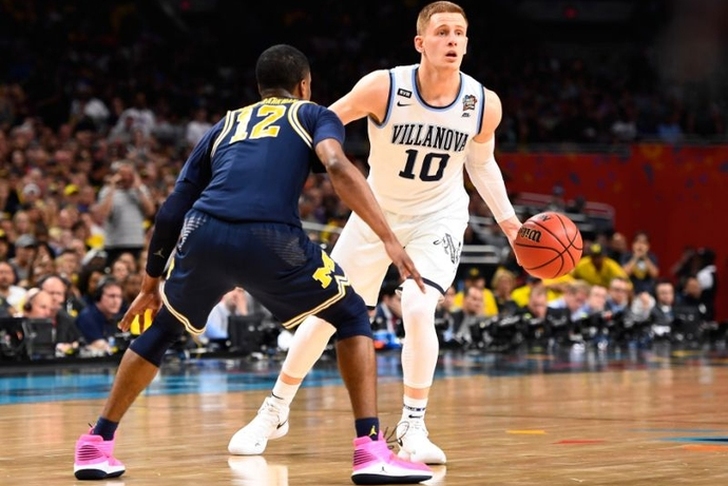 The 2018 NBA Draft order is set following Tuesday night's draft lottery with the Phoenix Suns claiming the No. 1 overall pick, and there are plenty of rumors flying with the NBA Draft Combine taking place this weekend. While much of the conversation has centered on who Phoenix will take with the top pick, every team is evaluating their options at the combine. Here are the latest NBA Draft rumors you need to know:

Grizzlies open to trading No. 4 pick?
The Memphis Grizzlies had the second-best odds of attaining the No. 1 pick in the draft in the lottery, yet fell all the way to the No. 4 pick.

And, with there only being three clear-cut top prospects in the draft (Arizona's Deandre Ayton, Real Madrid's Luka Doncic, and Duke's Marvin Bagley) Memphis is looking to trade down from the fourth spot, according to Sean Deveney of Sporting News.

"If you have someone you like in the first few picks, they're the first call you'd make. They obviously were the most disappointed with the way the lottery went and the options they have now. It seems like they want to try to turn that pick into something else.

"Everyone's going to talk before the draft, of course. But Memphis, I think they're the ones who are going to be more ready to do something than others."

Chandler Hutchison receives draft promise
Boise State wing Chandler Hutchison surprisingly withdrew from the NBA Combine on Wednesday - one day before it started - because he has already gotten a first-round guarantee from a team drafting at the end of the first round, according to ESPN's Jonathan Givony.

Chandler Hutchison has withdrawn from the NBA Combine and canceled all workouts after receiving assurances he's found a "safe landing spot." It appears that he has secured a promise from a team drafting in the 20-30 range. Hutchison is currently slated #24 on the ESPN mock draft

Of course, it remains to be seen if Hutchison, a talented player with a versatile offensive game, lasts until then. He is projected to go to the San Antonio Spurs with the No. 18 pick in our post-lottery mock draft.

Nevertheless, DiVincenzo, a 6-foot-5 guard, plans to participate in the NBA draft combine's 5-on-5 games on Thursday and Friday. He hasn't made a final decision on staying in the June NBA draft but tells ESPN that he expects to leave Villanova should he emerge before the May 30 deadline with the belief that he has secured a spot in the late first round.

DiVincenzo is currently projected to be a late first- or early second-round pick, but his performance at the combine on Thursday has his stock trending in the right direction.

He averaged 13.4 points, 4.8 rebounds, and 3.5 assists last season for the Wildcats despite mostly being used in the sixth-man role.