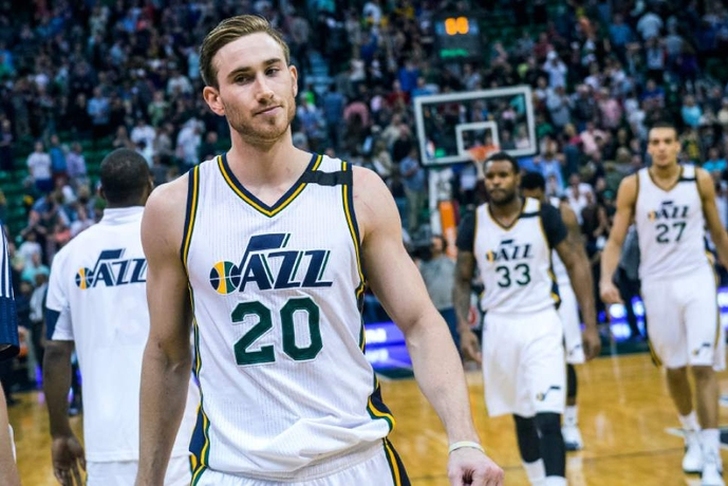 That was quickly backed up by multiple reports.

Can confirm that Gordon Hayward intends to sign with the Boston Celtics. @ChrisBHaynes first.

Can confirm the @ChrisBHaynes report: Sources close to Hayward say he is signing in Boston.

But then came the reports that Hayward actually hadn't made a decision. Thus began the chaos.

The Utah Jazz are still waiting to be told of Gordon Hayward's intentions, league source tells ESPN. Hayward hasn't told them his plans yet.

Gordon Hayward's agent, Mark Bartelstein, tells ESPN: "Gordon hasn't made a decision yet. We are still working through it."

Okay. Strap in. Told by a source w/knowledge of the process that Gordon Hayward has NOT made a decision yet & is still in the process. FWIW.

However, Haynes has not yet retracted his report and is standing by it. There's even a report that it's just a formality.

Couple of league sources now saying teams haven't been notified of Hayward decision yet, and others saying it's done. Sounds like formality.

Another plausible option in all of this is that Hayward's decision was leaked before he had a chance to notify the Jazz or make the announcement himself. As a result, Hayward is backtracking to save some face with Utah. There's even report that a sign-and-trade is holding things up, although that seems unlikely.

So when will the decision announcement happen? The original plan was to announce today, but now it might not happen.

Hayward's agent Mark Bartelstein on whether final word is coming today: "That was the goal, but now we've got to kind of regroup here a bit"

may not be until tomorrow https://t.co/F3VBpyu2IX

In the interim, Twitter has run wild with theories. There's the "Pat Riley leaked this" theory, the "Hayward can't make up his mind" theory or that Hayward is upset the Celtics leaked his decision.

What was supposed to be a simple decision between the Heat, Jazz and Celtics has become anything but. At some point Hayward will make his decision, but his free agency has become a confusing circus.

Check out our NBA page for all the latest NBA Free Agency Rumors or download the Chat Sports App!