Rumor: Jabari Parker Could Return to Duke for his Sophomore Season 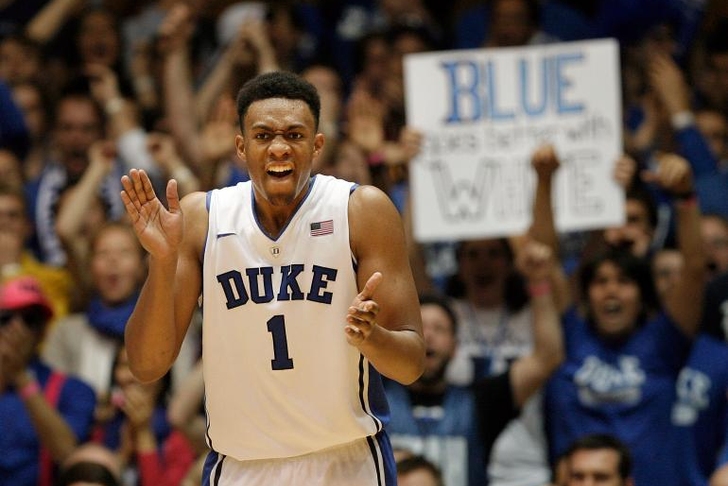 With college basketball a little over halfway through its' regular season, we're starting to see which players are genuine NBA material. One player who's stood out as a definite NBA-ready prospect is Duke's Jabari Parker, who's almost unanimously considered a top-three prospect in the 2014 draft...if he comes out. We've heard rumors floating around in the past week that Parker is considering a return to Duke for his sophomore season, and those were finally addressed today by Jabari's father, Sonny (a former NBA player himself):

Just spoke with Sonny Parker for several minutes. Said no decision has been made on Jabari's future Story coming.

Parker has struggled slightly in recent weeks, but his minor downturn wasn't expected to impact his 2014 draft stock. Obviously, a return to Duke in 2015 would be a serious boost to Duke's recruiting drive and NCAA Championship hopes, and the Blue Devils will do everything they can to retain Parker now that they know keeping him is a serious possibility. Keep an eye out for Adam Zagoria's upcoming story (you can follow him on Twitter here), and we'll keep you posted if there are any updates on Parker's situation.