Canadiens @ Canucks: Game thread, rosters, lines, and how to watch 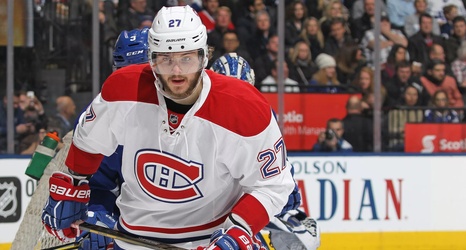 Since he scored the opening goal in a rather boring first period in his return to the lineup, it’s fair to say that Josh Anderson woke up the Canadiens’ slumbering offence in a 7-1 victory on Saturday night. It wasn’t a beautiful finish or even a trademark net-drive, but it put the Canadiens on the board, giving them a first-period lead for the first time in nearly a month, and helped set the stage for the rest of the game.