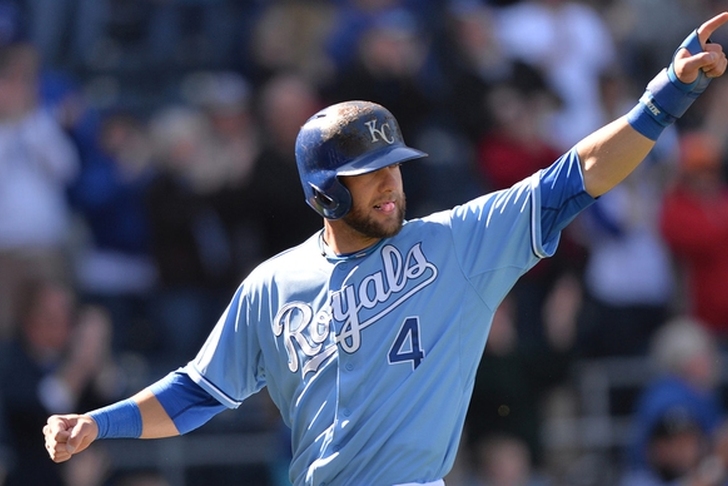 Christmas is in the rear view mirror, meaning that trade talks and free-agent negotiations put on hold for the holiday are back on the front burner of the MLB Hot Stove. Here's the 3 loudest rumblings from around baseball for December 27th.

In spite of a gap of about $6-7 million per year in negotiations, left fielder Alex Gordon still has his eyes on a return to the Kansas City Royals. Whether that's a possibility at this point is another story.

Via Nick Cafardo of the Boston Globe:

"Gordon is still drawing a lot of interest and prefers to stay in Kansas City, though that dream may be fading. Don’t be surprised if the aggressive White Sox rush to the front. The White Sox have already traded for Todd Frazier and would like one more significant hitter."

We've heard all kinds of speculation about Gordon's future in KC, but the one thing we do know is that the World Series champs will need to figure out some sort of middle ground at the negotiating table soon or risk potentially losing Gordon to a rival like the Chicago White Sox.

Both sides want a reunion to work, so perhaps the dream isnt "fading" as much as Cafardo thinks.

Cespedes' representation is reportedly seeking a deal in the six-year, $150 million range. Those demands have priced out a reunion with the New York Mets, and virtually ensure that a potential dark horse like the New York Yankees (with Brett Gardner on the trade block) won't be making a move for his services.

Three teams to keep an eye on: the aforementioned White Sox, the San Francisco Giants, and the Detroit Tigers. The White Sox are all in on 2016, and they're willing to open the checkbooks to upgrade their offense going forward. The Giants have already committed $220 million on pitchers Jeff Samardzija and Johnny Cueto, but they've got the revenue and the need to meet Cespedes' demands.

As for Detroit, a reunion between Cespedes and the Tigers will likely be contingent on the market remaining quiet around the talented outfielder -- thus driving his price down a bit and into Detroit's desired range.

Cubs May Not Be Done Shopping The Chicago Cubs are in the market for one more arm, likely a lefty relief option with just three southpaws projected to be on the team's pitching staff in 2015. Two names being floated in rumors right now are Craig Breslow and Manny Parra. Breslow is marketing himself as a starter after two late-season starts with Boston last year. However, the veteran reliever could jump at an opportunity to help fill out the bullpen for the revamped Cubs juggernaut.

As for Parra, he could be a budget fit for Chicago with his price driven down after an injury-filled 2015 campaign. He's worth a chance, considering he posted a 3.90 ERA and career-best 1.175 WHIP in 40 appearances with the Cincinnati Reds last year. He also has eight years of experience in the AL Central, pitching with the Milwaukee Brewers from 2007-12 and Reds from 2013-15.