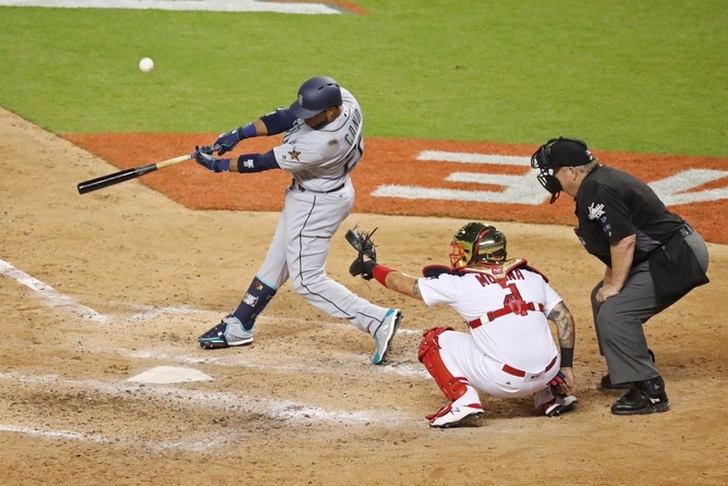 The 2017 MLB All-Star Game was a pitchers’ duel and a thriller. In a matchup with limited scoring, the All-Star game went to extra innings for the first time since 2008.

The American League gutted out the win, thanks to Robinson Cano’s solo shot to lead off the 10th.

The AL has taken the lead in the 10th thanks to Robinson Cano's go-ahead solo shot! #AllStarGame pic.twitter.com/BdNkWmFQ78

Wade Davis of the Cubs was tagged with the loss, giving up the homer. The Red Sox’s Craig Kimbrel, who nearly allowed a run to score in the bottom of the ninth, picks up the win. Andrew Miller of the Indians snagged the save.

It was the AL who stuck first in the fifth inning, thanks to a bloop single by the Minnesota Twins’ Miguel Sano that scored Jonathan Schoop of the Baltimore Orioles. But Yadier Molina of the Cardinals would tie things up in the sixth inning, thanks to an opposite field solo shot. But it was Cano who played the hero, delivering the go-ahead run.

Carlos Martinez of the Cards has perhaps the best night on the mound. In two innings of work, he allowed just one hit and one walk striking out four batters.

The AL has taken the lead in the 10th thanks to Robinson Cano's go-ahead solo shot! #AllStarGame pic.twitter.com/BdNkWmFQ78

Molina Ties It Up

Yadier Molina (@Yadimolina04) ties things up for the NL with a solo shot! #AllStarGame pic.twitter.com/i0DJSrJgun

Mookie Betts (@mookiebetts) guns down Nolan Arenado, who tried to tag and advance to second base. #AllStarGame pic.twitter.com/2E4DafSMVa

Dellin Betances walked himself into a bases loaded jam, but induced a Daniel Murphy groundout to get out of the inning. #AllStarGame pic.twitter.com/4ZMvEGMiLX

Harper With The Great Catch

Worrisome moment, as Salvador Perez takes a foul tip off his hand. He stays in the game however. #AllStarGame pic.twitter.com/95k5Uu408P

Check out our MLB page for all the latest MLB Rumors or download the Chat Sports App!