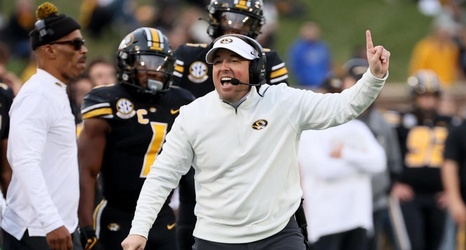 The wife of Missouri football coach Eli Drinkwitz, watching from the front row of her husband’s Saturday night news conference after Mizzou’s thrilling 24-23 overtime win against Florida, was as surprised as everyone else when he finished his comments, flipped up the hood of his sweatshirt and reached beneath the podium to pull out a lightsaber.

“May the force be with you,” said the second-year Tigers coach as he started for the door, a direct reference to embattled Gators coach Dan Mullen, who did not let last season’s halftime brawl against Mizzou on Halloween stop him from showing up to his victorious postgame presser in The Swamp in a Darth Vader costume.