Vikings vs. Lions: 3 Things We Learned About Each Team 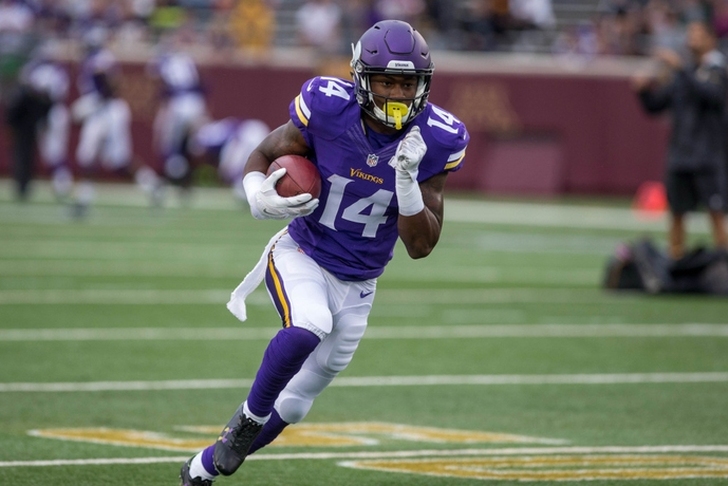 The Minnesota Vikings knocked off the Detroit Lions 28-19 on Sunday afternoon, giving them their first road victory of the season while giving the Lions their sixth loss. Here are three things we learned about each team in this one:

Stefon Diggs is a star. The rookie wideout had his third straight huge game in this one - the only games he's been active for - racking up 108 yards and a touchdown on just six catches. For a fifth-round pick, Diggs looks like the steal of the draft.

Teddy Bridgewater is growing into a special quarterback. Detroit's secondary isn't anything special, but anytime you can complete 71.4 percent of your passes for 316 yards and two touchdowns, you had yourself a day. The latest in a string of good performances, Bridgewater looks like a high-quality starter.

Finally, Minnesota has found balance on offense. They now have passing attack to complement Adrian Peterson and the running game, and it's showing on the scoreboard. Minnesota picked up 425 yards of total offense, just the latest impressive outing from a unit ranked seveth in the league.

Jim Caldwell probably won't return next season. His reputation has partly been blown up by the success of Peyton Manning under his watch, but the former Colts QB coach/head coach is running out of good will in Detroit. It's Caldwell's second year in Detroit and he's already coached an extremely talented team into the ground, giving up on the running game and overseeing a complete defensive collapse. His tenures in both Indy and Detroit have been marred by questionable decision-making. His days are numbered, both in Detroit and as a legit HC candidate.

Where is the commitment to the running game? Yes, I realize that the Lions have been the worst team in the league running the football this year, but you have to at least try to run the football to keep the opposing defense honest. The trio of Ameer Abdullah, Theo Riddick, and Joique Bell combined for just 14 carries, but managed to average over five yards per carry. Give them the ball!

Defense, defense, defense. Detroit had a great chance to win this one after they got out to an early lead, but they were routinely shredded both through the air and on the ground. This has become a huge problem the Lions will need to address in a big way this offseason.