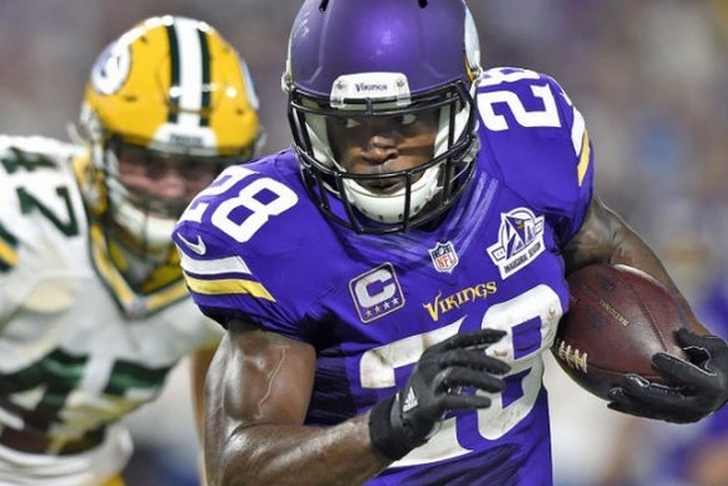 Minnesota Vikings running back Adrian Peterson has opted to have surgery to repair his torn meniscus, and that could cause him to be out for 3-4 months, according to ESPN's Josina Anderson:

Peterson, who suffered the injury Sunday, told ESPN that he has a "bucket handle tear" of the meniscus, which typically has a recovery time of three to four months.

"(I'm) doing it with faith and optimism," Peterson told ESPN of the procedure.

He had been provided with multiple options about how to treat the injury, and he had been waiting to hear back from Dr. James Andrews, who performed extensive surgery on Peterson's knee in 2011, before making his decision.

Peterson suffered the injury on this play in the 3rd quarter against the Green Bay Packers on Sunday:

Backup running backs Matt Asiata and Jerick McKinnon are expected to split carries in Peterson's absence. The duo combined to rush for 1,108 yards in 15 games in 2014, when Peterson missed 15 games.