Vikings News: 3 Things We Learned From Training Camp This Week 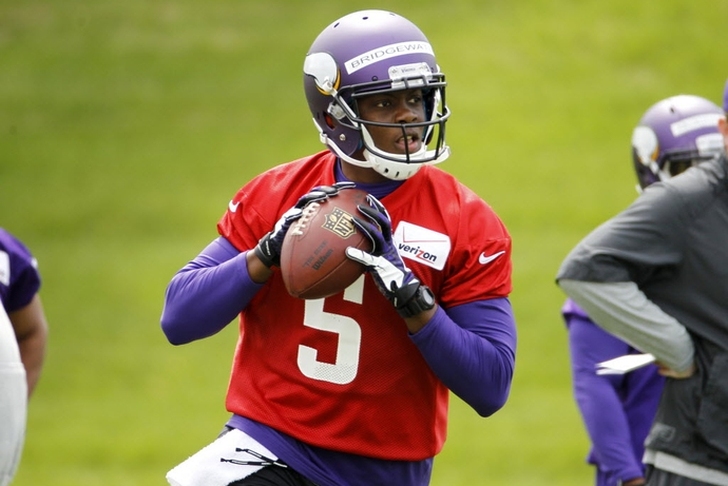 NFL training camps have wound down around the nation and we're starting to get a glimpse at just how rosters are going to shake out when Week 1 kicks off in just under two weeks. What's the story for the Minnesota Vikings right now? Here's 3 Things We Learned From Minnesota Vikings Training Camp This Week.

While Bridgewater's preseason efforts have been up and down in regards to overall production, Bridgewater's evolution as a team leader continued unabated in the final week of training camp. He's always been a confident guy, but that's only magnified as even the Vikings' veteran leaders have noted as of late.

Brandon Bostick was one of the myriad of Vikings players who were cut this week. Sixth-round draft pick and offensive lineman Tyrus Thompson was not one of the players sent packing, but he perfectly summed up just how most players on the bubble feel in the week leading up to the first round of cuts.

“I’ve always been a person who tries to control what I can control," Thompson said, via the Star Tribune. "I’m not going to lie: Are things stressful? Yeah, I have two kids and a wife. It’s definitely stressful. But you can only control what you can control and do your best.”

3. The Vikings Are Ready To Make Some Noise

Overall, most experts who've spent more than a day at Vikings training camp have lauded the job that head coach Mike Zimmer has done with the wealth of young talent on the squad. Altogether, the team has gelled fantastically and looks 'this close' to being a well-oiled machine heading into Week 1. If they keep the momentum going, the Vikings will be a force to be reckoned with in the NFC Playoff chase.