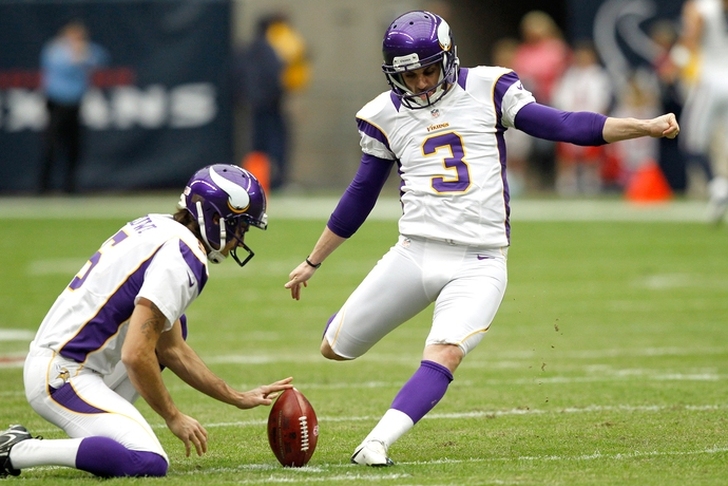 Minnesota Vikings kicker Blair Walsh missed a field goal against the Denver Broncos, a play that would have had a major impact in the team's 23-20 loss to Denver.

Walsh signed a contract extension in the offseason, but has missed eight of his last 19 field goal tries since the preseason.

Despite that, GM Rick Spielman told TwinCities.com he has faith in Walsh.

"I think there is no question that he is our kicker," Spielman told twincites.com "A couple years ago, he's a young kicker that was in the Pro Bowl. Sometimes these guys go through issues, you know?"

With a contract that would cost the Vikings more if they were to release Walsh for the next two seasons, he's likely going to continue kicking for the foreseeable future.