These 4 Vikings Players Are Poised To Have Breakout Seasons 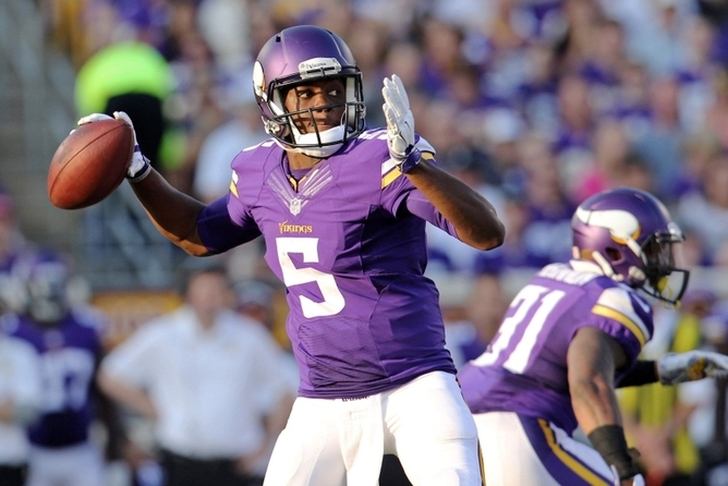 The Minnesota Vikings made the playoffs last year and their talented roster is hoping to advance even further this year. But to make a Super Bowl run, they'll need a few players to have breakout seasons.

Breakout seasons happen every year in the NFL. Sometimes, the player in question makes the leap from very good to superstar. Sometimes, a player goes from role player to key starter. So who will be the breakout players for the Vikings in 2016? We've put together four of the most likely candidates below.

If Bridgewater has a breakout season, it's safe to assume Diggs will as well. He caught 52 passes for 720 yards and four scores in his rookie year, but trailed off at the end of the season. Diggs needs to play more like he did earlier in the year. The presence of Laquon Treadwell should actually help both Diggs and Bridgewater, and Diggs has already shown he has a good rapport with his QB. He could approach 1,000 yards this year.

Everson Griffin gets most of the love among Vikings DEs, but don't overlook Hunter. A third round pick out of LSU, Hunter had six sacks as a rookie. He looked great in the final month of the year, recording 3.5 sacks. Brian Robison, the other DE starter, is 33 years old and Hunter could start to cut into his playing time. The future looks bright for Hunter and he could have a big sophomore campaign.

Kendricks showed promise as a rookie, and now needs to take the next step. He took over a starting job last season and finished the year with 92 tackles and four sacks. He should only improve on those numbers this year and could become one of the better young LBs in the NFL. Another year under Mike Zimmer should only make Kendricks better.