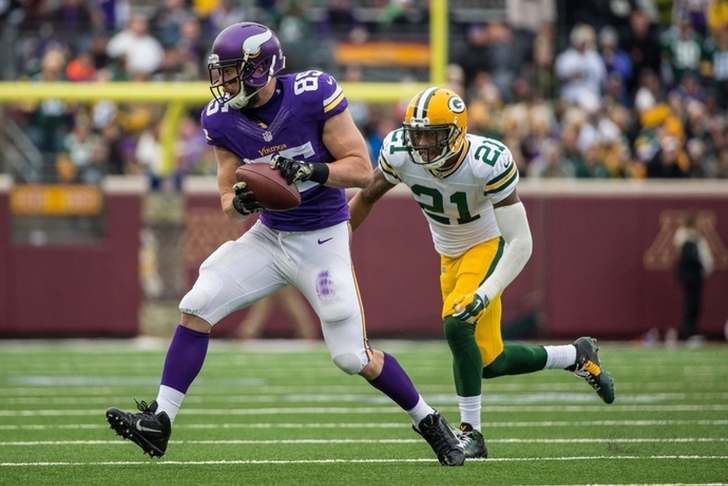 NFL Free Agency is officially here, and the next few days will feature several Minnesota Vikings rumors. The Vikings have already made a few moves, but they might not be done yet. With that in mind, here are all of the interesting rumors and news tidbits on the Vikings.

Rhett Ellison Leaving?
It appears that the Minnesota Vikings won't have TE Rhett Ellison back next season, based on a Facebook post from Ellison's father.

Sad to see Rhett Ellison's time with the Minnesota Vikings come to an end. Wish you the best Rhett. pic.twitter.com/uMTYNNz66z

That post has since been taken down, and the elder Ellison said the post was premature. However, Ellison is coming off a torn patellar tendon that will likely cause him to miss at least part of the season.

James Hanna The Replacement?
If Ellison doesn't return to Minnesota, the Vikings will be in need for a blocking TE.

With TE Rhett Ellison unlikely to be re-signed, the #Vikings have expressed interest in Dallas FA James Hanna. Today he is visiting Chargers

Hanna is a strong blocking TE and he likely won't be very expensive. However, the Cowboys and Chargers are both interested in signing him.

Follow our Minnesota Vikings team page for all the latest Vikings rumors!