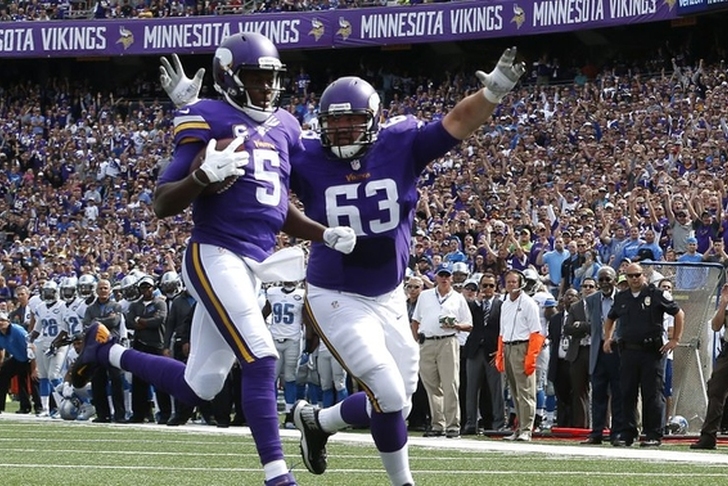 The Minnesota Vikings are young, talented and extremely hungry - and the reigning NFC North champs. The Vikings are expected to make a repeat appearance in the playoffs, but we're going one step further - they have all the talent necessary to win the Super Bowl. Here are three reasons why:

Bridgewater has shown flashes of brillance throughout his first two seasons, and now is the time for him to put it together. The natural talent is there as well as is the innate will to win, so we're only seeing big steps forward in his future during his third year under center. With a wide array of fun weapons to play with including first-round pick Laquon Treadwell and Stefon Diggs, Bridgewater's not only going to improve in 2016 -- he's going to make "The Leap" and become an elite quarterback.

There are impact players dotted all over this defense, and most of them are young with high ceilings they're just itching to turn into production. Anthony Barr is making the leap from dynamic pass rusher to a true leader as a three-down linebacker. Having Linval Joseph and Shariff Floyd in the middle of the defensive line and Brian Robison/Everson Griffin doing damage from the edges has only made Barr's job easier, and we haven't even talked about their elite secondary and safety Harrison Smith.

All-in-all, Minnesota has a top-five defense that is equally great against both the run and the pass. Defense wins championships, and the Vikings have one of the best.

1) Adrian Peterson is still the best back in the league

Even though Peterson missed the entire 2014 season, he was still the best back in the NFL in 2015. He led the league in rushing with 1,485 yards and 11 touchdowns, averaging 4.5 yards per carry. There's no reason to think he's going to take a step back next year, and as long as he's humming along and running over defenders, the Vikings can beat anyone on any given night.