Game-By-Game Prediction Of The Minnesota Vikings' Record For 2018 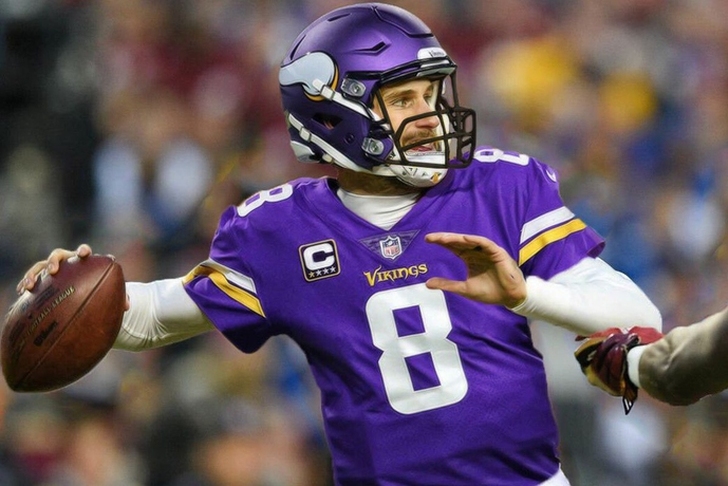 The Minnesota Vikings came up just short of the Super Bowl following a devastating loss to the Eagles in the NFC Championship game. The Vikings have one of the most difficult schedules in the league this year facing opponents with a combined record of 133-123 from last year. Here's a game-by-game prediction of the Vikings' schedule this year:

NEXT READ: 3 Vikings Players Who Could Have A Breakout Season In 2018

The Vikings will put an end to the Jimmy Garoppolo hype real quick with a win at home in Week 1.

This season seems like an Aaron Rodgers revenge tour and I think the Packers win this game at home.

If the Vikings simply show up they will beat a Bills team that will be one of the worst teams in the NFL. Their quarterback situation is a disaster and I feel bad for the number of stacked boxes LeSean McCoy will see this season.

The new and improved Rams will be one of the better teams in the NFL and with the Vikings traveling to LA, I think that is the edge the Rams will need to get the win.

Two straight losses in back-to-back difficult games. I want to say the Vikings get revenge on the Eagles but with this game being in Philadelphia I don't see it happening.

This is when the Vikings will start to roll through their schedule. The real question is if Sam Bradford is still playing by this time, will he still be alive after the Vikings destroy the Cardinals at home.

A trip to New York will be nice for the Vikings as they will beat the Jets pretty easily.

The Saints are coming back to Minnesota and it will be Deja Vu all over again for New Orleans. Perhaps not the same ending but the same outcome with Vikings coming away with the victory.

Matthew Stafford can't beat winning teams and he and the rest of the Lions team will struggle against the Vikings in Minnesota.

The Bears will get a fresh Vikings team coming off a bye, oh my.

The Vikings get revenge from their early season loss to the Packers and beat up on Aaron Rodgers at home. This game may be the deciding factor in who wins the NFC North.

Traveling to New England is never easy. Both teams are very talented but I'll put my money on Tom Brady and Bill Belichick at home.

The Seahawks lost a lot this offseason on the defensive side of the ball and still have one of the worst offensive lines in the league. It will be a long day for the Seahawks at home.

This game will be a bloodbath.

An important game for both teams more than likely, which mean the Lions will find a way to lose.

The final game of the year is at home and the Vikings will be full steam ahead against a Bears team that is up and coming, but still not in the same breathe as the Vikings.