Adrian Peterson Hoping To Practice This Week, May Return For Week 16 Game vs. Packers 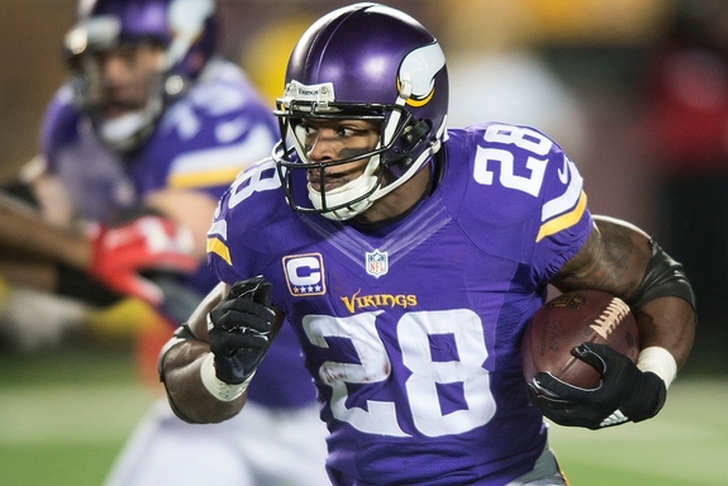 Minnesota Vikings running back Adrian Peterson has been out since suffering a torn meniscus in the team's Week 2 win over the Packers, but he is expected to be back soon. Peterson is hoping to return to practice this week and and could be back on the field as soon as Dec. 24 for Minnesota's Week 16 game against Green Bay, reports ESPN's Ben Goessling.

Appearing on Dash Radio with Minneapolis native DJ Skee, Peterson said he's hoping to practice this week for the first time since he tore the meniscus in his right knee Sept. 18. He hopes to return for the Vikings' game against the Green Bay Packers on Dec. 24, but didn't rule out the possibility of playing against the Indianapolis Colts on Sunday, saying he'd have a better idea of his readiness once he practices.

League sources had told ESPN last month that Peterson could return for the Colts or Packers game after an MRI showed his knee was nearly healed, and Peterson was seen running light sprints at Vikings practice on Nov. 29. Coach Mike Zimmer said that day it wasn't the first time Peterson had run, adding the running back was "probably ahead of schedule."

Peterson had previously said he would not return this season if the Vikings were out of playoff contention, but at 7-6, they are right in the thick of the wild card race - and are two games behind the Lions for the division lead.

His return would likely provide a needed boost to Minnesota's rushing attack, which ranks dead last in the NFL with 73.4 yards per game.