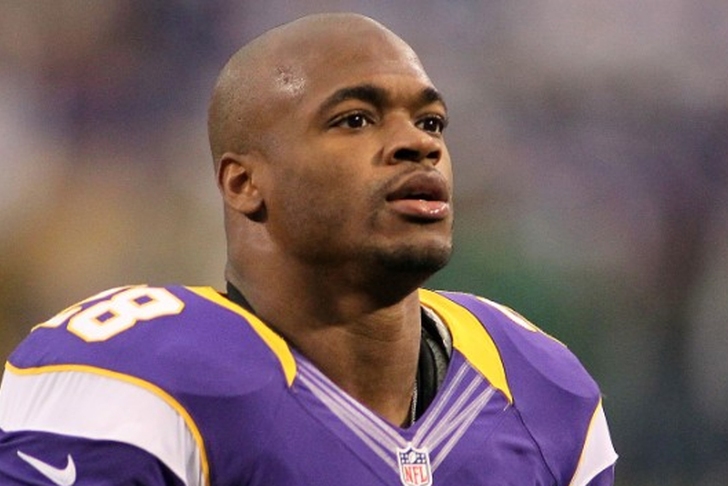 In Vikings rumors today, the Minnesota Vikings may need to utilize the 2014 NFL Draft in order to find someone to take the load off of starting running back Adrian Peterson.

So says Mark Craig of the Star Tribune: "...there’s comfort in having good insurance. It’s also time to consider a less-is-more philosophy with Peterson’s carries, not to mention taking a firmer stand against him when he wants to play through significant injuries."

However, as Craig argues, Peterson isn't getting any younger and may need a fresh set of legs behind him on the bench to help out -- especially with the "streak of consecutive offseason surgeries that Peterson is riding. Knee, hernia, groin is not a favorable trifecta."

However, Adrian Peterson doesn't seem to be looking for help, stating "not at all"  when asked if having a more even balance of carries would be beneficial to his game.

Your Vikings rumors, whenever and wherever you want them. Download our Chat Sports iPhone app, and follow our Vikings team page today.