Vikings Rumors: Vikings ready to draft a linebacker, Khalil Mack in May? 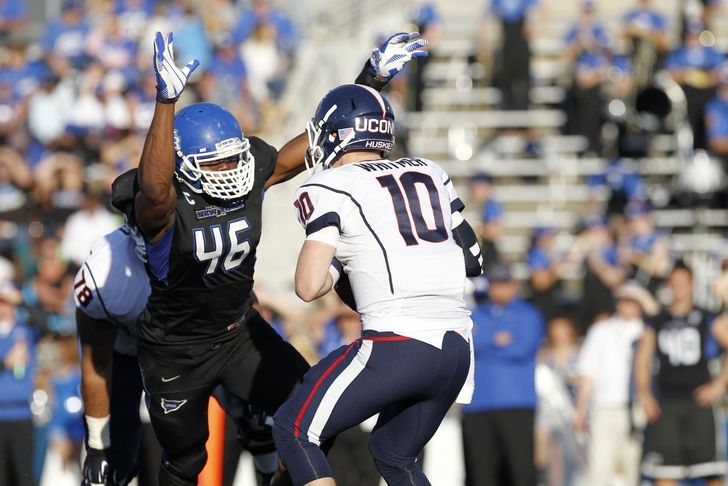 Today's dose of Vikings rumors is chock full of linebackers, as the Minnesota Vikings are looking over the linebacking pool of the 2014 NFL Draft in order to find potential starters to draft early.

So says Master Tesfatsion of the Minneapolis Star-Tribune: The Vikings “Top 30” event

is approaching on Wednesday and Thursday and it appears there will be plenty of linebackers at Winter Park."

"Among those previously reported include UCLA linebacker Anthony Barr and Louisville linebacker Preston Brown. Now Buffalo linebacker Khalil Mack is scheduled to be in attendance, according to NFL.com."

The Minnesota Vikings have been long rumored to be looking for a quarterback with their first round pick, however their linebacking corps presents a pressing need which could push the search for a quarterback later into the draft.

An interesting name to note amongst the linebackers mentioned is Khalil Mack. His stock has been rising rapidly, with the Oakland Raiders rumored to have eyes on him at #5. If he were to fall to the Minnesota Vikings at #8, some analysts speculate that the Vikings would draft him without question.