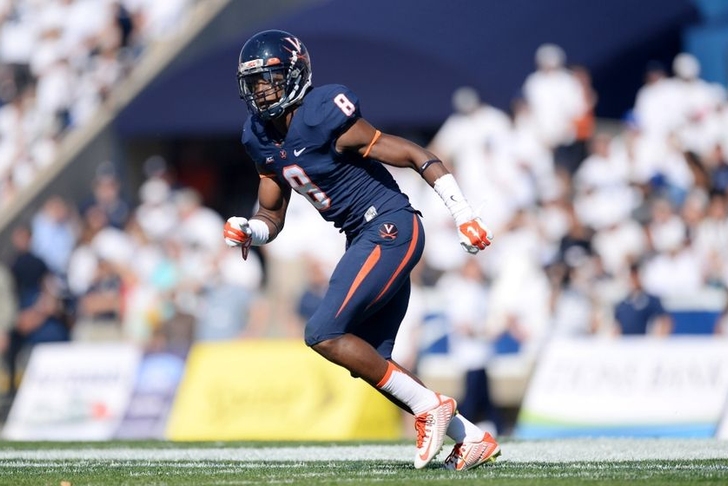 Minnesota Vikings general manager Rick Spielman jumped at the chance to sign Virginia safety Anthony Harris after he went undrafted, who thought Minnesota was the best fit for him:

"You got to love it as a defensive back," Harris said at the team's recent rookie minicamp. "They've got great position coaches in coach (Jerry) Gray and (assistant defensive backs coach Jonathan Gannon), and coach (Mike) Zimmer, a defensive-minded guy (who) works very well with defensive backs. So I felt like it was a good opportunity for me to get around some guys who've been in the business a long time and been very successful, and try to help improve my game."

Harris was looking for a place he'd have the opportunity to play. Zimmer liked what he saw in Harris, and has him in the competition to be a starter next to Harrison Smith.

"He's a very instinctive, smart, very, very smart, very communicative safety," Zimmer said. "I think he plays really hard. He has a lot of the traits of the starting safeties in this league."

Harris was a three-year starter for the Cavaliers and expected to be drafted, but a shoulder injury scared teams away. Some draft analysts believed he could go as early as the third round before the injury.